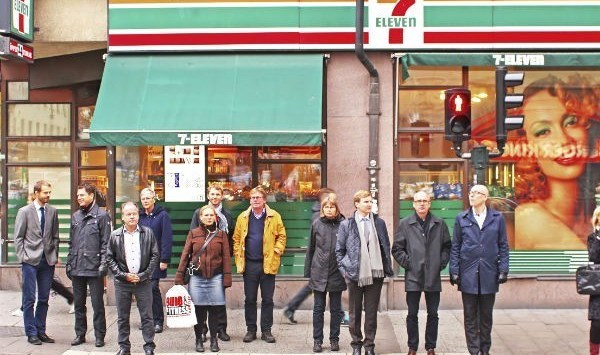 A former franchisee of a 7-Eleven store in Queensland has been fined nearly $7000 for underpaying a worker more than $20,000 and refusing to co-operate with the Fair Work Ombudsman.

The business, which was located in Brisbane’s Edward Street, closed last year.

The Federal Court has ordered former owner and operator, Mubin Ul Haider, to pay a fine of $6970 to the former employee, an international student from Nepal who worked at the store for about a year.

The employee, a man in his 20s, tipped off Fair Work Ombudsman inspectors to the underpayments.

The franchisee also failed to comply with the Ombudsman’s subsequent notice to produce employment documents in a set timeframe.

Fair Work Ombudsman Natalie James said in a statement that efforts to get the owner to resolve the matter voluntarily and by agreement fell on deaf ears.

“Enforcing our notices is fundamental to maintaining the integrity of Australia’s workplace laws and we will not tolerate them being ignored,” James said.

Will Snow, senior associate at Finlaysons, told SmartCompany this morning it is incumbent on small businesses to respond to such requests for information.

“The Fair Work Ombudsman has very wide powers to ask for really any documents that it wants in order for it to find out whether an employer has breached the law,” Snow says.

“You simply can’t ignore those requests, ignoring them doesn’t make them go away.”

Snow says in some cases there are grounds to seek an extension if a business is unable to respond in the given timeframe.

“The only way to comply with a notice is to give them what they want,” he says.

“If you don’t, you might be making a bad situation worse.”

Snow says if there had been concerns about legal obligations the 7-Eleven store’s status as a franchisee meant it could have sought assistance from its franchisor, while it was also in the franchisor’s interests to assist franchisees to avoid “brand damage”.

“Certainly there’s a negative association when people do the wrong thing,” he says.

“There’s a good business case for franchisors to assist franchisees with these issues.”

However, Snow says there is still a “clear responsibility” on the part of the franchisee to do right thing.

Snow says there were alternative routes that the business in this case could have taken and offered this practical guidance for other businesses.

“In particular with visa holders, you still must comply with basic terms and conditions of employment, duties and entitlements,” he says.

“If an employee raises a concern about rates of pay, resolve that.

“That might include looking at the award yourself; getting advice about it, but if you don’t resolve it that’s exactly when employees feel no to the option but to get assistance from the Fair Work Ombudsman.”

“A lot of it is about resolving issues before they get escalated. By ignoring it, it will not go away.”

A spokesperson for 7-Eleven told SmartCompany this morning that the company “fully supported” the work of the Fair Work Ombudsman.

“Mr Ul Haider and his company are no longer associated with 7-Eleven, following the termination of our business relationship on 25 July, 2014.

“7-Eleven is pleased that the issue has been resolved in favour of the FWO and the employee.”

*This story was updated with comments from 7-Eleven at 12.50pm on August 5.