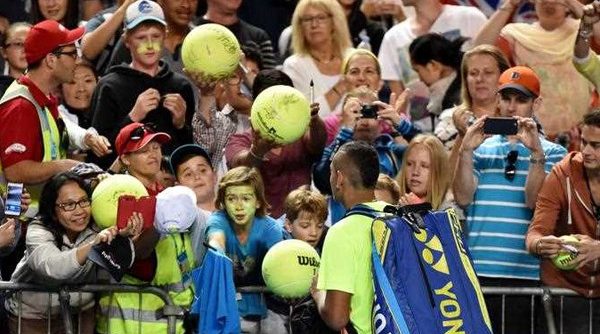 The Fair Work Commission has given Australia’s largest rail freight operator the nod of approval after it dismissed an employee for taking unauthorised leave to attend the Australian Open.

Lynn Gluyas, a self-described “tennis tragic”, had been employed by Aurizon for close to six years when she applied for annual leave last December until early January this year.

Her boss approved the request on the condition she take leave without pay for the final day of her nominated absence, because by that time she would have used up all her annual leave.

A few days after applying for the initial leave period, Gluyas applied for annual leave from 19 to 30 January 2015.

However, her application was rejected after Gluyas was given a letter of warning outlining that taking annual leave without having any time accrued was unacceptable.

Gluyas did not attend work on January 5 but provided her employer with a medical certificate valid until January 12.

The day after the medical certificate expired, Gluyas’s boss informed her she was required to work as normal for the period she had requested off but been denied.

The employee was informed that a failure to attend work between 19 and 30 January may result in disciplinary action, including the termination of her employment.

Despite this, Gluyas told her boss she was unable to make alternative arrangements and apologised for leaving the annual leave request so late.

Gluyas failed to show up for work between 19 and 30 January because she was in Melbourne attending between seven and 10 tennis matches as part of the Australian Open.

After a series of meetings, Gluyas’s employment was terminated and she was given five weeks’ pay in lieu of notice.

Gluyas applied to the Fair Work Commission claiming she had been unfairly dismissed but in his ruling, Fair Work Commissioner Danny Cloghan ruled the facts in this case were largely not in dispute and the dismissal was proportionate to the former employee’s conduct.

As a result, Gluyas’s unfair dismissal application was dismissed.

Rachel Drew, partner at TressCox lawyers, told SmartCompany this case is not the first of its kind where an employee has taken unauthorised leave to attend a sporting event.

“In this case the employer appears to have very clear policies about leave and have had very clear instructions to the employee about why to apply for leave,” Drew says.

“In this case, the employee simply didn’t meet the standards that were expected. In terms of the dismissal, the employer has approached it as being a refusal to follow a lawful direction in relation to the leave and the commission has agreed that that is a valid reason for dismissal.”

Drew says the lesson for small business is to have good policies in place and to ensure employees are aware of them.

“It’s very important for businesses to have very clear standards about applying for leave and for them to communicate clearly with employees, particularly in circumstances where they are not going to approve the leave,” she says.

“Employees sometimes expect that their applications will be approved and employers need to be sensitive to the way they go about communicating any refusal.”

SmartCompany contacted Aurizon but did not receive a response prior to publication.