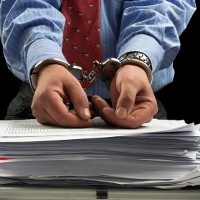 A former credit representative of Aussie Home Loans has pleaded guilty to three charges in relation to a $7 million home loan fraud.

The charges come just one day after ASIC revealed a former mortgage broker in Adelaide is facing 12 charges over an alleged $12 million Ponzi scheme, as the corporate watchdog continues to target home loan fraud.

ASIC said in a statement today its investigation found Sahay made false statements in loan applications and created and used false bank statements for 17 clients between November 14, 2011 and August 6, 2013 in an attempt to secure home loans totalling approximately $7 million.

ASIC said Sahay submitted the applications on behalf of his clients to Bankwest and Suncorp Metway Limited.

Of the $7 million in loans that Sahay applied for, more than half, or $4.796 million, were approved.

As a result, a company controlled and owned by Sahay called Ask Consultancy Services received more than $5500 in upfront commissions, as well as ongoing commissions of an unspecified amount.

Sahay was expelled from the Mortgage & Finance Association of Australia in February 2014 and will next appear in court on July 7.

ASIC deputy chairman Peter Kell said in the same statement ASIC is targeting loan fraud and “will continue to remove brokers and other credit representatives who engage in fraudulent activity from the lending industry”.

“The credit laws are designed to protect borrowers from loans they cannot afford,” Kell said.

“ASIC will act against dishonest mortgage brokers who flout the law for their own financial gain with little regard for the interests of their clients.”

Since becoming the national regulator of consumer credit in 2010, ASIC has banned 31 individuals or companies in relation to loan fraud, including 15 permanent bans.

The regulator has also obtained convictions in six criminal actions, with another four criminal cases currently before the courts.

Andrew Morgan, forensic services partner at BDO Australia, told SmartCompany while the vast majority of operators in the home lending market are “doing a great job”, he commends ASIC for taking decisive to protect vulnerable consumers and small businesses that can get caught up in the “food chain” of messy fraud schemes.

Morgan says each state and territory historically operated under its own consumer credit laws but the ASIC has taken over those powers and is now taking a “much more considered and consolidated approach” to tackling fraud.

And Morgan says ASIC will be keeping a particularly close eye on operators in the property sector because of the strength of the market.

“The industry is wired hot,” he says.

“It’s a very liquid market at the moment with a lot of money in it … so there is a massive incentive [for fraudulent activity.”