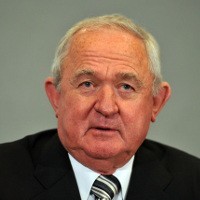 Former chairman of BHP Billiton and chief executive of the National Australia Bank, Don Argus, is embroiled in a legal battle with the Australian Tax Office over his superannuation.

The ATO wants to charge tax on almost $1.2 million in income earned by the $15 million self-managed superannuation fund of the elder statesman and his wife, Patricia.

Argus, who is now chairman of the Bank of America Merrill Lynch Australia Advisory Board, claims the income should be tax free.

On 29 September 2014 the ATO disallowed the objection and so the Argus’s have now filed an application for the decision to be varied in the Federal Court.

The Argus’s are seeking an almost $1.2 million reduction on the tax paid by them for the 2010 tax year claiming the assessment of $2.25 million in tax is “excessive” because it wrongly concluded the SMSF did not pay out the minimum amount required.

Graham Colley, director of technical and professional standards at the SMSF Professionals’ Association, told SmartCompany with a $15 million fund value the minimum amount of pension to be paid should be around $900,000.

“[SMSF trustees] need to make sure you pay the minimum amount of your pension for the year,” he says.

“You can do it simply by making sure you have direct debits into your bank account.”

Colley advises SMSF trustees also need to make sure the valuation of the investments are made so the calculation of the amount has been correctly done.

“Even if you have underpaid a small amount the commissioner will exercise his powers of administration providing you make up the shortfall as soon as it is discovered,” he says.

Fairfaxreports the dispute is scheduled for a court hearing in Melbourne on Februrary 2.

SmartCompany contacted Argus but did not receive a response prior to publication.  The ATO declined to comment.