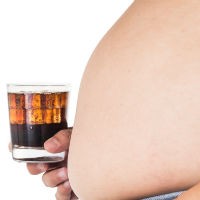 A former director at disgraced weight loss company SensaSlim has been convicted for giving false or misleading evidence to the Australian Competition and Consumer Commission.

Michael Boyle pleaded guilty to two charges of breaching the Competition and Consumer Act in the Federal Court in Brisbane this week for his knowledge of notorious serial conman Peter Foster’s involvement in the SensaSlim business’s franchise disclosure document.

Boyle was convicted and fined $3500 for the offence.

According to the ACCC, the offences relate to a failure of Boyle to appear before the commission to give evidence after a compulsory notice under section 155(1)(c) of the Competition and Consumer Act.

“It is a good illustration of the ACCC paying enormous attention to claims that have particular healing or health benefits without that being the case,” he says.

Little says the section of the consumer act used in the case against Boyle gives the ACCC “extremely broad power” to require recipients to give evidence.

“You are very limited in grounds you can object to answering questions,” Little says.

“The ACCC can force you to come into meeting, failure to do so can result in a fine.”

Little says the important message is if a business receives a section 155 notice, “whether it requires you to attend in person or otherwise, you need to comply very strictly”.

“Failure to give proper answers or documents… can result in what happens here, the imposition of a fine and a conviction for knowingly giving false and misleading evidence.”

Little says other things for businesses to take note of are that it is important to know who you are going into business with.

“Foster has a long history of being a subject of consumer and competition law investigations over an extended period of time, not just in Australia but in other countries,” he says.

“If you decide to go into business with someone, it’s important you know about their background.

“If you walk into a business without knowing their background, you run a great risk of becoming liable for of offences it might commit in operating the business. “