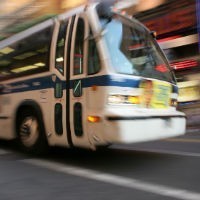 A Melbourne woman has been awarded more than $4000 by the Fair Work Commission after being unfairly dismissed from a company that specialises in renting out adult entertainment buses.

Diana Menabue, an administration assistant at V Bus in Altona, was sacked after she cancelled a booking for an end-of-school trip for high school students in years seven and nine in December 2013.

The company has buses fitted with pole-dancing poles and adult imagery and signage. The school’s teacher originally asked for two “normal buses” and four “party buses”, thinking the party buses were fitted with balloons.

However, when Menabue called to confirm the booking the teacher was horrified to learn that the buses she had ordered were for adult entertainment and usually booked for bucks parties and hen’s nights.

The booking was subsequently cancelled, and when this came to the attention of the business owner he claimed Menabue had “just cost me $6000” and she needed to “get that job back”.

Menabue was then handed a letter of termination a short time after with one sentence which said “this services as a notice to terminate your employment as of 5th December 2013”. The company argued, however, that the termination occurred because Menabue was attempting to sabotage the business by cancelling bookings.

According to the Small Business Fair Dismissal Code, it is fair for an employer to dismiss an employee without notice or warning when the employer reasonably believes the employee’s conduct was “sufficiently serious” to justify a dismissal.

However, Fair Work Commissioner Nick Wilson said in his ruling that he was not satisfied there was a valid reason for the woman’s dismissal, labelling it “harsh, unjust and unreasonable”.

“The evidence is clear that the employer, through its directors, Mr Wang and Ms Liu, held a belief at the time of Ms Menabue’s dismissal that her conduct was sufficiently serious to justify immediate dismissal,” Wilson said.

“However, it is not the case that the belief was based on reasonable grounds, gathered through a reasonable investigation into the matter carried out by V Bus Pty Ltd.”

While Menabue was seeking reinstatement with the company – claiming she liked the people she worked with and “would love to go back” if she had the opportunity – Wilson ruled this was inappropriate given the lack of trust between the two parties.

Instead the commission ruled Menabue should receive six weeks’ projected lost income, meaning she was awarded $4,338.37 in compensation.

Employment lawyer Peter Vitale told SmartCompany the case highlights the need for business owners to follow due processes and conduct a proper investigation if they suspect misconduct has occurred.

“In cases where an employee is dismissed for serious conduct the employer has to have a reasonably based belief that the conduct occurred,” Vitale says.

“That puts an onus on the employer to conduct some reasonable investigation.”

Vitale says while he would not criticise the ruling itself, the case was overall “another example” of the failure of the Small Business Fair Dismissal Code.

“What it does demonstrate is there is no advantage in terms of process for small business because the employer – and the employee for that matter – still had to effectively run the whole case in order to answer the question of whether the small business fair dismissal code had been complied with,” he says.

“So it sort of defeats the purpose of creating a more streamlined process for small business.”

V Bus was contacted by SmartCompany but refused to comment on the Fair Work Commission’s ruling.