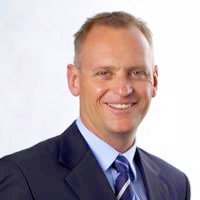 The former chief executive of stockbroking firm JBWere has failed in a redundancy claim against NAB.

His role was changed in a restructure in 2013 and Heath made a redundancy claim arguing the conditions in the union negotiated enterprise bargaining agreement applied.

He was offered a new role on a higher salary but declined the offer and claimed it was a demotion.

Heath argued his role was “lessened” because he no longer had responsibility for profit and loss, strategy or project control.

He resigned a short time later.

In ruling against Heath, Fair Work Commission deputy president Peter Sams said his contract clearly explained his duties may change and the changes to JBWere had not left him a “king without a kingdom”.

“In my judgement, Mr Heath had a healthy, but rather inflated assessment of his own capabilities, skills and worth to the bank,” Sams found.

“He took it upon himself to be the best judge as to the worth of any new role he was offered.

“While there is nothing inherently wrong in having an exaggerated view of one’s self worth, it is not a reasonable basis to pick and choose what job you are prepared to take and insist on redundancy if none are acceptable, despite the roles being ‘comparable’ and available.”

Alistair Salmon, workplace relations and safety partner at law firm Holding Redlich, told SmartCompany the case shows employers need to be aware of the risks of restructuring and redundancy of senior management.

“Employers engaging in restructuring and redundancy of senior management should carefully check whether the persons affected are bound by awards and enterprise agreements as this will affect the rights and obligations of the parties,” he says.

Salmon says senior management bound by awards and enterprise agreements may utilise dispute settlement procedures to press their claims even when they have ceased employment.

“Employers engaging in restructuring and redundancy should carefully plan effective communications to prevent misunderstanding by affected employees on what is going on and what flows from it,” he says.

“As the stakes are often high, always seek competent legal advice before acting.”