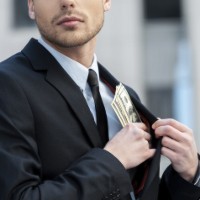 The pair also indicated they would plead guilty on charges of giving false or misleading information to Sigma’s auditors and board at a later date.

Both men were bailed to appear before the court for a further plea hearing on September 17.

The fraud was uncovered by an Australian Securities and Investments Commission investigation into the pair’s conduct in accounting for four financial transactions between June 2009 and March 2010.

According to ASIC, the pair was involved in arranging transactions for Sigma to buy wholesale pharmaceuticals at inflated prices during the period.

The amount of the inflated payment was then returned to Sigma and recorded in their accounting books as revenue, ASIC said in a statement.

As a result of these transactions, ASIC said Sigma overstated its income by $15.5 million, its inventories by $11.3 million and its profit after tax by almost $9.6 million for the year ending January 31, 2010.

The company then made adjustments to its accounts to reverse the overstatements.

If found guilty on the charge of falsifying accounts, Alwis and Smith could face fines of up to $11,000 and possible jail terms of two years per offence, while the pending charge of making false statements to the company carries a maximum penalty of $22,000 and five years jail time.

Brett Warfield, chief executive at Warfield and Associates, told SmartCompany this morning it can be difficult for businesses to know how to identify fraud if it is happening on a senior level.

Warfield says junior finance people in a company are usually unable to manipulate profits to the extent ASIC had allegedly uncovered at the pharmaceutical company.

“Looking at the issue, you have the two most senior people in the organisation doing it,” he says.

Warfield says it would take a “good strong board” to identify unusual transactions or unusual journal entries before taking action against a company’s directors suspected to be tinkering with the books.

“The overall thing people need to be aware of is if any transaction doesn’t seem right, it’s important to ask questions; no matter what the size of the organisation,” he says.

Warfield encourages small to medium sized business owners to “follow through” if they have a “gut feeling something is not right”, and not to rely on internal finance people exclusively.

“Owners might need to get independent, external advice from auditors – they can be very helpful.”

“But I want to emphasise, if you’ve got the CFO and CEO [doing it], it really, really is difficult to identify and do something about it.”

SmartCompany contacted Sigma Pharmaceuticals but did not receive a response prior to publication.