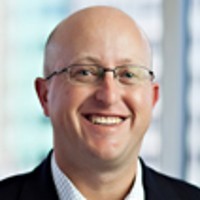 Michael Fredericks, founder and chief executive of listed company Onthehouse, is embroiled in a legal dispute with one of the original investors in the real estate business.

In an application before the Supreme Court of Queensland yesterday, Justice Alan Wilson ordered Fredericks be removed as trustee of a private investment trust in which his former partner and Brisbane lawyer, Phil Heraghty, had invested seed capital in 2007.

Heraghty was one of the first investors in Onthehouse which now has 160 staff, an annual turnover of $24 million and offices in Brisbane, Sydney and Melbourne.

The business provides free property reports and listed on the Australian Securities Exchange in 2011 with a market capitalisation of over $80 million.

Heraghty claims Fredericks has failed to provide him with basic information and accounts since June 2011.

He says despite seven years of business Fredericks has not produced a single financial statement.

Heraghty claims Fredericks took trust money and paid personal credit card debts and banked the funds in a joint account with his wife.

Heraghty’s lawyer and managing partner of law firm Russells, Stephen Russell, told SmartCompany Fredericks has a $7 million share in Onthehouse and Heraghty doesn’t know what portion of this he is entitled to.

“From the very moment that my client invested it is hard to imagine anything going further wrong,” he says.

“The whole thing is a huge mess; there is literally not a single account, no balance sheet, no profit and loss accounts”.

Fredericks filed an affidavit in court admitting to serious breaches of trust, though asking for more time to put the affairs of the trust in order.

Justice Alan Wilson found this was too late and removed Fredericks as trustee and replaced him with liquidator and accountant Ginette Muller of FTI Consulting.

Justice Wilson said: “It is appropriate to record the trustee’s paucity of record keeping … indeed atrocious record keeping, which has to be read with the other unusual issues which have excited the applicant’s concerns.”

The court ordered Fredericks pay indemnity costs to Heraghty, citing “…compelling reasons to do so. The trustee’s very poor conduct, which is the conduct of a solicitor, and even if that were not the case, trustees shoulder special responsibilities, charges and obligations and it is inconceivable that Mr Fredericks did not understand his obligations.”

Heraghty has instructed his lawyers institute proceedings against Fredericks for maladministration of the trust.

“This is a salutary lesson that directors of public listed companies must apply the same standards to their private affairs as is expected in relation to their administration of public listed entities,” he says.

SmartCompany understands the dispute between Fredericks and Heraghty will have no impact on the running of Onthehouse.

SmartCompany contacted Fredericks for comment but did not receive a response prior to publication.