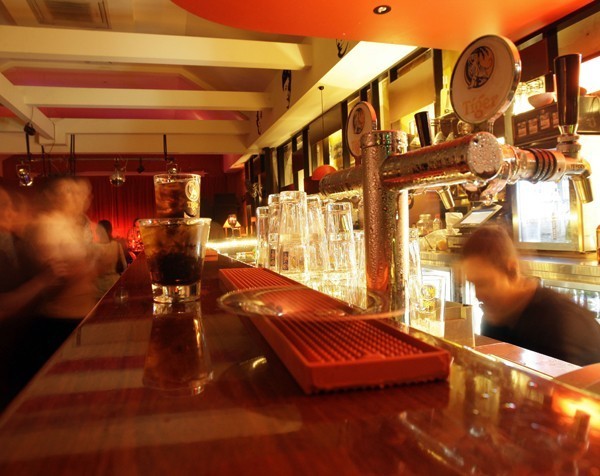 The founder of one of Australia’s most well known technology companies has blasted the New South Wales government for turning Sydney into a “ghost town” as a result of its lockout laws.

Matt Barrie, the founder of Freelancer.com, has published a scathing critique of Sydney’s lockout laws on LinkedIn and listed the increasing number of businesses that have closed down due to a reduction in foot traffic.

“The soul of the city has been destroyed,” Barrie said.

“Kings Cross, in particular, has been decimated so badly that it will never, ever come back as an entertainment precinct. Hugo’s Lounge closing, which was the swankiest bar in Sydney for fifteen years and voted Australia’s best nightclub five years running, was the last nail in the coffin for the area.”

Barrie laments the closure of at least nine individual businesses, including Hugo’s Pizza, an award-winning business that closed down mid-last year after the owners said an increase in government regulation resulted in a 60% fall in revenue.

The “total and utter destruction” of Sydney’s nightlife is almost complete, according to Barrie.

“A succession of incompetent governments has systematically dismantled the entire night-time economy through a constant barrage of rules, regulation and social tinkering,” he writes.

“It is now illegal to buy a bottle of wine after 10pm in the City of Sydney because not a single one of us is to be trusted with any level of personal responsibility. “Most damaging of all, a 1.30am curfew where you cannot enter a licensed premises, which deliberately aims to kill the trade of any business that operates at night.”

Victorian Premier Daniel Andrews has even shared the piece on his Facebook page, highlighting that Sydney has lockout laws while Melbourne has 24-hour public transport on weekends to help partygoers get home safe at night.

The laws impose 1.30am lockouts on many venues in Sydney’s CBD and aim to reduce alcohol-fuelled violence.

However, speaking to SmartCompany this morning, Barrie said the laws are punishing business owners and their staff who are just trying to earn a living.

“This whole lockout business has been driven by a small cabal of evangelical zealots in the NSW Liberal Party,” he says.

“It is grossly unpopular and purely driven by religious ideology. The NSW Liberal Party has lost its way. This is supposed to be the pro-business, pro-economy, pro-libertarian party… it’s killing our economy and a gross infringement on our civil liberties.”

Barrie believes businesses – particularly the smaller end of town – need to band together in order to get the NSW government to change the law.

“Venue owners are being bullied by police and too afraid to speak out.”

A spokesperson for NSW Deputy Premier Troy Grant told SmartCompany the lockout laws will be independently reviewed this year.

The NSW Bureau of Crime Statistics and Research previously found the lockout laws  reduced the number of assaults in King Cross by 32% within the first 12 months, while the number of assults in the Sydney CBD were reduced by 26%.