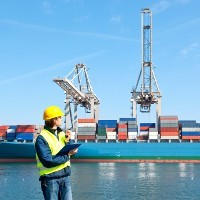 The Fair Work Commission has ruled an employer was within its rights to dismiss an employee who told his colleagues to “get f-cked”, in a case that gives new meaning to the adage ‘swearing like a wharfie’.

Grant Rikihana was dismissed from his job as a dockhand for Mermaid Marine Vessel Operations in September 2013 after claims he swore and engaged in “abusive, harassing and threatening behaviour” towards his colleagues and supervisors on multiple occasions in 2012 and 2013.

Rikihana brought an unfair dismissal case against Mermaid, arguing the language he used was “not out of the ordinary” at Mermaid, but the Fair Work Commission this week sided with Mermaid and ruled the company had valid reasons to terminate Rikihana’s employment.

The commission heard on one occasion Rikihana told his supervisor “loudly and aggressively” to “get f-cked” and “get the lazy c—t to do it” when asked to help another worker.

During a separate safety meeting, Rikihana allegedly called another worker a “dickhead” and a “cock”, saying “you’re supposed to be a leader of this group”.

On other occasions, Mermaid Marine Vessel Operations said Rikihana told another supervisor to “f-ck off” and “get f-cked twice” and told a security guard to “f-ck off”.

While Commissioner Bruce Williams said swearing is a regular aspect of the “everyday descriptive language” used at the dock, he said Rikihana’s malicious comments and aggressive behaviour directed towards his colleagues were “totally unjustified and inexcusable”.

“There is a generally appreciated distinction between regularly using swear words as part of everyday descriptive language and swearing aggressively and maliciously at another person,” he said.

Mermaid had introduced a new code of employee conduct in July 2013, designed to clean up the workplace’s culture, and Rikihana gave evidence that he was aware of the new code.

Rikihana had also previously received a written warning about his conduct in December 2012, after entering the site of a workplace accident without a permit, informing him “any further indiscretions … will likely result in the termination of your employment”.

“Mr Rikihana had been put on notice by his employer on a number of occasions that [his behaviour] was not acceptable,” said Williams.

“He was aware his actions were contrary to the behavioural expectations of his employer as detailed in its code of conduct and when asked to account for his actions he was not honest in his responses to his employer. Mr Rikihana’s dismissal in all the circumstances was not surprising and certainly was not unfair.”

Andrew Douglas, partner at M+K Lawyers, told SmartCompany this case highlights the importance of context when considering misconduct and language use in the workplace.

“What’s acceptable on a worksite won’t be accepted in a professional services environment,” says Douglas.

But Douglas says irrespective of what kind of language is commonly used in a workplace, it is never acceptable for language to be directed at individuals in a nasty or malicious way.

Douglas says Mermaid had attempted to change its workplace culture by introducing a new code of conduct and training its employees under the new code, which sets a new benchmark for how employees in that organisation should behave.

“This is an example of an organisation that wanted to change how it behaves and create a more respectful culture, but the employee didn’t change his behaviour,” says Douglas.

“It was not only the bad manner and style of language used, but the fact that it was directed towards others.”

Rikihana has until October 3 to appeal the Fair Work Commission’s decision.

SmartCompany contacted Mermaid Marine Vessel Operations but did not receive a response prior to publication.