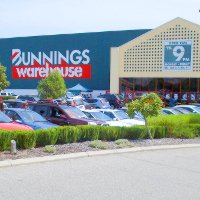 The Fair Work Commission has found a Bunnings employee was unfairly dismissed after he was sacked following a brawl with a co-worker.

The brawl started when another employee asked Michael Fitzpatrick for a customer order for a bath and Fitzpatrick told him to “go and get f—ed”.

The other employee told Fitzpatrick to “go and get f—ed himself” and then the brawl escalated when the pair went into an office.

Fitzpatrick claims he thought his Bunnings co-worker was going to hit him, so he grabbed the lapels of the co-worker’s jacket and told him to calm down.

The Bunnings co-worker claimed Fitzpatrick grabbed him around the throat and pinned him up against a desk.

The incident was partly overheard by other Bunnings employees and the pair were suspended on the day.

Bunnings asked for statements from Fitzpatrick and all the others involved in the brawl.

Two managers met with Fitzpatrick and then separately two other workers were used to carry out a re-enactment of the brawl.

The managers then dismissed Fitzpatrick for serious misconduct with immediate effect.

The Fair Work Commission found even though Bunnings had a valid reason for dismissing Fitzpatrick, the dismissal was harsh, unjust and unreasonable because the investigation and disciplinary procedure was not appropriately conducted.

“What is clear is that this incident was not ‘hand bags at ten paces’ but a sufficiently serious incident between two work colleagues which demanded swift and decisive de-escalation,” Commissioner Cloghan said.

But the Commissioner was not satisfied that all the allegations were properly put to Fitzpatrick and in particular he made the observation that the allegation should have been put in writing.

Cloghan also found the management personnel who conducted the investigation may have had some bias because of their previous involvement with the Fitzpatrick and also because one of them had been a witness to part of the incident that they were investigating.

He was critical of Bunnings human resources department for not taking control of the process.

In particular as Bunnings conducted a re-enactment of the incident without having Fitzpatrick present or giving any opportunity to comment on what was observed.

Although Fitzpatrick sought reinstatement as a remedy, the Commission agreed with Bunnings it was not appropriate.

Commissioner Cloghan took into account evidence Fitzpatrick regarded physical violence as a means to resolve conflict and some doubt about his honesty.

The Fair Work Commission found Fitzpatrick’s conduct had destroyed the fundamental trust and confidence expected in an employment relationship.

Employment lawyer Peter Vitale told SmartCompany the case shows even where employers think they have a clear cut case for termination, the commission will still look at the process that is followed prior to termination.

“The employer, particularly a large employer with a dedicated human resources department, needs to ensure its process is spot on,” he says.

But Vitale says it is unclear whether the same standard would be applied to a small business.

“If it wasn’t such a large and sophisticated employer it may have been cut a bit more slack,” Vitale says.

Bunnings has been ordered to compensate Fitzpatrick but the amount awarded has not yet been determined.

Andrew Macdonald, group manager of team capability at Bunnings, told SmartCompany as the matter has not yet been finalised it would be inappropriate for Bunnings to make any comment at this time.