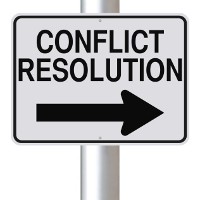 Resolving disputes is set to become a whole lot easier for SMEs with today’s launch of Dispute Support, a government-backed online information and referral tool.

Housed on the Australian Small Business Commissioner’s website, Dispute Support provides information about the dispute resolution services available to small businesses and the cost of the services.

SMEs can also use the site to access tips and advice for managing disputes and avoiding them in the future.

While the services have been available for some time, Small Business Minister Bruce Billson told SmartCompany this morning the tool is designed to increase awareness about the options available to small businesses when embroiled in disputes with customers, other businesses or government.

“We’ve had very positive feedback about these services from small businesses who have used them but our research shows a vast majority of small businesses are not aware they exist,” says Billson. “That’s why we’ve taken this step.”

While Billson says the powers of the ombudsman’s office are still being developed—a discussion paper was released at the start of May—the Dispute Support tool will complement the ombudsman’s role.

“We don’t want to overstep or compete with the existing resolution services,” says Billson. “We want to highlight existing services and improve small business awareness and ability to access them.”

Billson says one of the overriding themes which comes through in his discussions with small businesses about disputes is small business owners fear ending up in court and losing legal battles because “their pockets are not as deep” as the other party’s.

“Most small businesses also want to resolve disputes quickly so they can get back to their business, and they want to continue to have good working relationships with the other parties,” says Billson.