Half of working mothers have experienced discrimination at work: report 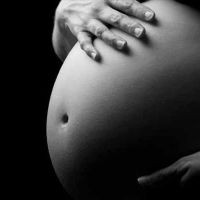 The Australian Human Rights Commission is calling for an overhaul of the Sex Discrimination Act, on the back of research that shows discrimination of pregnant women and new parents is a “widespread and systemic” problem in Australia.

Despite discrimination on the grounds of pregnancy being illegal, a report from the commission found 49% of mothers report having experienced discrimination at some point during pregnancy, parental leave or upon return to work.

Sex Discrimination Commissioner Elizabeth Broderick has called for the government to legislate to force employers to “reasonably accommodate a request for flexible working arrangements”.

While legislation currently gives workers with families the right to ask for flexible arrangements, employers do not necessarily have to grant a request.

The national Supporting Working Parents review, which was initiated in 2013 under the former Labor Government, has found startling cases of mistreatment of pregnant women, including a case of a woman being asked by her supervisor if she had considered having an abortion and another case of a woman miscarrying her child after being forced to scrub floors against doctor’s orders.

One woman told the commission she was told she was “both a bad mother and a bad employee for working while having a young family”, while another said she was called “placenta brain” by one of her colleagues when she was pregnant.

The report found discrimination against new parents can take many forms, including negative comments from co-workers and employers, being made to perform work duties while physically ill with morning sickness, and the withdrawal of job offers by employers when they are made aware of a pregnancy.

Other parents reported being shut out of meetings and important workplace decisions if they were due to commence parental leave, or being told they were no longer suitable for their role, and its corresponding salary.

The report found pregnancy related discrimination is more prevalent in big businesses than SMEs and Peter Strong, executive director of the Council of Small Business of Australia, says this result “proves what we’ve always said: in small businesses, it’s about the people”.

Strong told SmartCompany in “black and white” cases, it is clear that discrimination against parents is wrong. However, he says there is a lack of attention paid to employers themselves who may be pregnant or raising a family.

“What about the employers? If you think about it between 20,000 and 30,000 businesses in Australia ‘are pregnant’ at the moment. And if you include businesses run by couples, it’s probably more like 40,000 to 50,000 businesses that have a pregnancy within the business,” he says.

Sandy Chong, owner of Suki Hairdressing Newcastle and chief executive of the Australian Hairdressing Council, told SmartCompany for small businesses, having staff go on parental leave is not so much an issue of discrimination, but an issue of the cost to the business.

Chong employs many long-term staff in her 30-year-old hairdressing salon and currently has six mothers on her books. It means there has been times when multiple staff have been on maternity leave at the same time. At the moment, that means coordinating a complicated roster that takes into account flexible working arrangements for the group she calls her “mummies”.

“There are costs for replacing someone [on maternity leave], costs to recruit and train new hairdressers … and you need to guarantee their positions back,” says Chong. “And they have to rebuild their clientele [when they return from leave].”

While Chong says “it can be frustrating to look at the costs” and having multiple employees on maternity leave at the same time can be “a financial nightmare”, she says she learnt a long time ago that if her salon is flexible, her staff will stay longer.

Diversity strategy and compliance consultant Prue Gilbert told SmartCompany the report “highlights to business that underpinning all their initiatives focused on retention, there needs to be education around pregnancy related discrimination”.

While Gilbert says she does not often come across such “blatant” exmaples of discrimination in her work, she says the process of negotiating re-entry into the workplace for new parents can often make their decision to opt-out entirely easier.

Gilbert says businesses, as well as parents, need to resist the “traditional stereotypes” of mothers being the best carers and fathers being the breadwinners. And this should start from the moment a pregnancy is announced.

“It’s about creating an open and honest conversation right from the start,” says Gilbert, who says employers should be discussing a woman’s career within every conversation about her pregnancy.

“It’s about collaborating to include all stakeholders and understanding their potential biases. Working flexibility is more likely to reduce the impact on the business and improve the productivity of the pregnant employee.”

And Gilbert says if employers and employees work together to address the discrimination in the moment it takes place, it’s “less likely to evolve into a big issue”.