Help! My lawyer went on holidays and now I’m in trouble 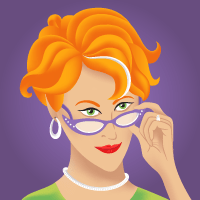 I launched my website recently with a few dozen suppliers, local and overseas.

I had written a very basic five-step process of working with them (I list their products with none of their branding, customers order the products through me, I pay the supplier less my rate plus delivery, they deliver the products to me), but I hadn’t emailed them any contract as my lawyer was away on holidays when I launched, and had my T&Cs in the to-do-list on his return.

Now he’s written it (in rather off-putting legalese language), I am wondering whether to go back to them, requiring them to scan and sign it to remain a supplier on my website, or to let them know these are the new requirements without the need to sign it? Or only to use it for new suppliers?

What would you suggest?

Well done for getting on the front foot with your website, I always say being up front with how you work saves a bunch of bull later on.

Your lawyer wouldn’t be the first to have put together “off-putting legalese”, let me tell you, but business lawyer Andrew Parlour at Russell Kennedy, has been ever so kind as to help shed some light on the conundrum you say you’re left with.

Bad news first – you don’t have much choice not to let existing suppliers know what the terms and conditions are, Parlour says.

But here’s the good news, because Parlour says a supplier doesn’t need to return a signed copy to indicate agreement.

“The T&Cs should protect you, Holly, so they should apply to all further supplies, whether made by current suppliers or suppliers that ‘sign up’ in the future.”

If all else fails, Parlour has some rather sensible advice actually – make the lawyer rewrite the damn thing in plain English.

“If you think the T&Cs are overbearing and will put off suppliers I’d go back to your lawyer and ask him to redraft them,” he says.

“A balance needs to be struck between protecting your interests while not subjecting a supplier to unreasonable risk. Having suppliers refuse to supply because of overbearing terms will not help your business.”

Of course it’s probably best you also seek out some independent legal advice on this one too.

All the best with your website, and do remember to keep that lawyer of yours on his toes.