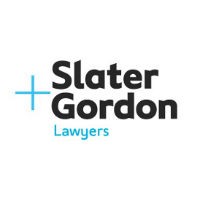 Slater and Gordon, the previously recommended legal firm for investors in a matter concerning two outer west Melbourne land banking arrangements, has written to hundreds of investors with warnings about the property schemes.

According to a Fairfax report, the law firm expressed concern last February around the secrecy of the developers behind the projects and included, no doubt disturbing, warnings that the investors may have not only overpaid, but been misled.

It seems that the land banking sites in question are linked to the family of notorious property spruiker Henry Kaye. There have been denials made to Fairfax that he was a beneficiary or unit holder.

Referring investors to Slater and Gordon was the company Market First Property Consulting, who used the law firm in their seminars across Melbourne, Sydney and Perth promoting ‘wholesale options’.

The free seminars include field trips out to their sites in an “on the road” style tour. Their website boasts that investors are able to buy at 10% to 20% less than the retail pricing seen in “premium residential projects”. It says that purchasers can secure the house and land packages and delay settlement for up to two years.

The office for Market First Property Consulting is based in Woolloomooloo, Sydney. The URL records for their website indicate that it is currently registered with Greg Klopper of Global1, who is in the same Woolloomooloo office building. Global1 runs wealth building and motivational seminars across the country.

*This article was updated on 13 January 2015 to remove a reference to alleged similar land banking schemes.