Bargains are to be kept: High Court awards $1.2 million for breach of warranty on IVF business sale 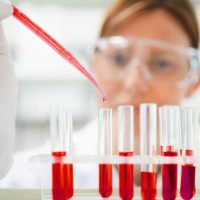 The High Court has reinstated an award of damages for breach of contractual warranties in the sale of a business for $1.2 million even though the purchase price for the business was less than $400,000.

The case involved Anne Clark agreeing to buy the assets of St George Fertility Centre, a fertility company controlled by David Macourt for a price less than $400,000.

The sale included a stock of frozen donated sperm, which Macourt warranted was compliant with relevant regulations. Macourt guaranteed St George’s obligations, including the warranties, under the contract.

But upon delivery it became apparent that the stock was not compliant as warranted and was unusable.

Clark was subsequently required to buy replacement stock from the United States at a cost of approximately $1 million and judgment was entered against St George for the breach of warranty, and against Macourt as guarantor, with damages to be assessed.

The primary judge awarded damages for breach of contract in the amount of $1,246,025.01, being the amount that it cost Clark to buy the replacement stock, but this award was set aside by the Court of Appeal.

The High Court embarked on an identification of what the loss entailed in the particular circumstances of this case, starting with the principle governing the assessment of damages for breach of a contractual warranty, that a successful plaintiff is to be awarded damages to put them, so far as money can do, in the same situation as if the contract had been performed as promised.

The High Court found the ruling principle governs the assessment of damage not only in a case of a failure to supply goods but also where the goods are supplied as an aspect of the sale of the assets of a business. The value is to be assessed as at the time of the breach of the contract.

The loss was measured not by what Clark had originally outlaid to obtain the unusable stock but the value of what St George had promised to deliver but did not.

The High Court agreed with the primary judge that this was best evidenced by what Clark had in fact been required to pay for the replacement stock.

The High Court found Clark’s loss could not be confined to the expense that she had to incur, but was able to recoup, in acquiring the replacement stock.

The High Court determined acquiring the replacement stock neither mitigated nor aggravated the loss suffered by Clark from St George not supplying in accordance with the contract.

The evidence of what Clark had charged or could charge third parties was irrelevant to decide the value of what St George should have supplied.

Clark had been required to purchase the replacement stock to put herself in the position she would have been had the contract been performed.

Whatever transactions she then chose to make was irrelevant in determining the value of what was not provided under the contract.

What this means for your business

As a result of the decision, Macourt is liable for the damages award as St George has subsequently gone into liquidation.

Careful consideration should be given to the drafting of contractual warranties in a sale of business context, particularly where, as in this case, the value of damages could be significantly higher than the purchase price of the stock.

Particular consideration should be given to:

(a) drafting caps on liability for different types of warranties; and

The case also highlights the risk to a guarantor of warranties where there is a risk that the vendor will be unable to meet a claim for damages in the event of breach.