Holy moly: Employee with a half-shaven beard and a hole in his trousers wins $6016 in unfair dismissal compensation 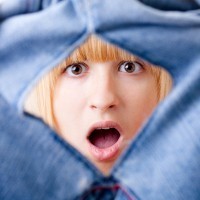 The Fair Work Commission has ordered a small business with 13 employees to pay $6016 in compensation in an unfair dismissal case involving a former employee who delivered products to customers with a half-shaved beard and showed a company director a hole in his trousers.

The latest case comes after an insurance broker was awarded $300,000 after the NSW District Court found he was wrongfully dismissed by his employer for drunken behaviour at a work conference earlier this year.

In the most recent case, Ambrose Haulage of Goondiwindi in Queensland claimed former employee Martin Cochrane turned up to work with a half shaved beard when delivering product to customers.

Ambrose Haulage director Jamie Ambrose said this showed a disregard for his business. However, when Ambrose raised this with the Cochrane, the response was “where is your facial hair policy?”

In a separate incident, Ambrose claims he raised concerns about how Cochrane interacted with his colleagues. Rather than attempting to see how this might impact upon the business, Cochrane’s comment was: “I’m here to make money not friends.”

Ambrose also claims Cochrane came into his office one day to show him a hole in his trousers, in a manner he found disrespectful. Cochrane said it was meant to be a “humorous incident” and he did not mean to cause offence. However, Ambrose did not take any action at the time, or issue a warning about the incident.

The final straw came on November 1, when Cochrane failed to turn up for a night shift. Both parties agree that Cochrane was supposed to be informed about the shift by another employee but that other employee failed to make the call.

When Ambrose called later to confirm the shift, Cochrane said he planned to be in bed by 9.30pm that night and then threatened that he might forget to work the following day as well. These were comments Ambrose found inappropriate and he decided to fire Cochrane.

But Cochrane claimed he had been unhappy with the shifts he had been given for some time.

In the decision, Fair Work Commissioner Chris Simpson said the earlier incidents, including the hole in the trousers, were “matters which were not directly related to the reasons relied upon by the [Ambrose] to justify its decision to terminate the [Cochrane]”.

Simpson found Ambrose failed to provide Cochrane with a reason for his dismissal and said he made the decision to terminate Cochrane’s employment before he knew the full details of the situation, which led to the dismissal being unfair.

Given the strained relationship, Commissioner Simpson found that it was unlikely Cochrane would have continued working for Ambrose for more than six weeks. Despite this, Cochrane was awarded $6016 in damages.

“The first is that dismissing an employee is a very serious decision and before an employer does so, they need to properly investigate the situation. In this case, an employee didn’t turn up for work, but that employee wasn’t told beforehand. The commission found that was not a valid reason for a dismissal,” Victory says.

“Secondly, if an employer thinks an employee’s conduct is inappropriate, they need to tell them and give them a chance to change their behaviour.”

SmartCompany contacted Ambrose, who declined to comment for this article.