Holy poly: Worker loses discrimination claim after being sacked for her “polyamorous” lifestyle 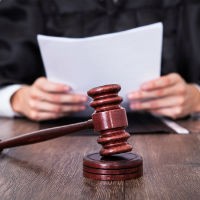 A Queensland woman has failed to convince the Federal Circuit Court she was discriminated against because of her sexual orientation, after being sacked for her “polyamorous lifestyle”.

Susan Bunning had been employed by Brisbane-based Centacare, a social services organisation run by the Catholic Church, since 2007, working in the role of clinical practice co-ordinator in the family support division since 2009.

But in August 2013, Bunning was dismissed for gross misconduct and bringing Centacare’s reputation into disrepute after her work contact details were discovered on a website for the Brisbane Poly Group.

The site is for individuals involved or interested in polyamory, which involves having multiple consensual sexual partners or relationships. Bunning was described on the site as a “poly-friendly” counsellor.

Bunning was asked about the website by her managers on August 5 and was dismissed immediately with five weeks’ pay.

She initially lodged a complaint with the Australian Human Rights Commission in November 2013, alleging discrimination on the grounds of her sexual orientation, but the commission rejected her bid in August 2014 on the grounds the complaint was “misconceived”.

Instead, Bunning pursued the matter in the Federal Circuit Court, arguing there was no valid reason for her dismissal, she was not given procedural fairness in the termination process and she should have been given 12 months’ notice, rather than five weeks.

But Justice Salvatore Vasta sided with Centacare and dismissed Bunning’s application, ruling that being polyamorous is “sexual behaviour” not “sexual orientation” and therefore does not fall within the jurisdiction of sex discrimination legislation.

“Sexual orientation is how one is rather than how one manifests that state of being,” Vasta said.

“The manifestation of that state of being can take many forms.”

Bunning argued sexual behaviour is a subset of sexual orientation but Vasta disagreed.

“If the contention of the applicant were correct, many people whose sexual activity might label them as sado-masochists, coprophilians or urophiliacs could claim that such is more than mere behaviour; it is in fact their orientation.”

“If the contention were correct, then the illegal activities of paedophilia and necrophilia may have the protection of the Sex Discrimination Act 1984.”

Employment lawyer Peter Vitale told SmartCompany it is unusual for an employer to successfully have an employee’s claim dismissed summarily without a trial.

“It is very difficult for those applications to succeed because you have to show the claim is absolutely hopeless,” he says.

“But the judge is saying here, [Bunning’s] sexual orientation is whatever it is, but the behaviour is the manifestation, not the orientation itself.”

Vitale says Bunning would have been unable to pursue an anti-discrimination claim under Queensland laws as religious institutions have some grounds to terminate employees who do not adhere to the religion’s beliefs and values. However, a similar case could stand up in Victoria if the Labor government is successful in limiting the same exemption to circumstances where a religious belief is an inherent requirement of a job.

But Vitale says Bunning may have grounds to pursue a separate claim over the termination of her employment if it was done so in a separate state-based court.

While some common law claims over contracts can be heard in the federal court system if there is an associated jurisdiction with a federal statute, in this case, Justice Vasta ruled there was not jurisdiction under the federal Sex Discrimination Act.

SmartCompany contacted Centacare but the organisation was unable to comment.