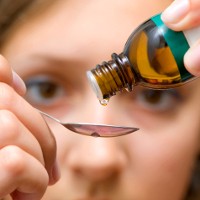 Online homeopathy store Homeopathy Plus! has accused the Australian Competition and Consumer Commission of “moving the goalposts” after the Federal Court found the company and its director, Frances Sheffield, engaged in misleading conduct.

The comments about the ACCC moving the goalposts echo those made by importer Dateline Imports, which was fined $85,000 but awarded costs by the Federal Court in November last year.

The Federal Court in Adelaide found the Homeopathy Plus! online store and information site breached Australian Consumer Law in a decision handed down on December 22 last year.

The case revolved around three articles published on the site that claimed whooping cough vaccine is “unreliable at best” and “largely ineffective” in preventing whooping cough, and that homeopathic remedies are a proven safe and effective alternative.

In the Federal Court judgment, Justice Perry said “the Australian Register of Homeopaths, which is the peak body in Australia, has taken the position that homeoprophylaxis should not be recommended as a substitute for immunisation”.

“First, by publishing the three articles containing the Vaccine Representations and the Alternative Homeopathy Reasonable Basis Representations, the respondents engaged in conduct in trade or commerce that was misleading and deceptive, or likely to be so, in contravention of s 18 of the [Australian Consumer Law],” Perry said.

“Furthermore, [Sheffield and Homeopathy Plus] in trade or commerce made false or misleading representations that the Vaccine is of a particular standard or quality (essentially short-lived, unreliable and ineffective) contrary to ss 29(1)(a) and (b) of the ACL by publishing the vaccine representations in the three articles when in fact the vaccine is effective in protecting the significant majority of people exposed to the infection from contracting whooping cough.”

While the matter is set to return to court on February 4, Homeopathy Plus! has posted a statement on its website accusing the ACCC of “moving the goalposts” in its investigation.

“We were taken to court by the ACCC because I wrote, and the Homeopathy Plus website published, three articles that discussed the whooping cough epidemic affecting Australia at that time, the effectiveness or lack thereof of the whooping cough vaccine, and homeopathic alternatives for its treatment and prevention,” the statement said.

“The February 2013 warning letter from the ACCC to remove the above articles from our website before they commenced legal action, and their subsequent ‘Originating Statement’ with which they commenced action a few days later, were different to a new and amended document that was served on us in April once our preparations for court, based on the first Originating Statement, had begun.”

Sheffield claims there were two key ways in which the documents differed.

“1. The charge against us about homeopathy’s ability to treat whooping cough was dropped completely.

“2. Inserted in numerous places throughout the document was the statement that we had, ‘made representations to the effect that there was a reasonable basis, in the sense of an adequate foundation, in medical science to enable it or them, as the case may be, to state that homeopathic treatments are a safe and effective alternative to the vaccine for the prevention of whooping cough.’”

Aside from discussing the case, the Homeopathy Plus! website has a section titled “reversing Autism” and recently posted a column supporting US anti-vaccination campaigner Dr Sherri Tenpenny.

While the ACCC would not comment directly on the comments in the most recent article, it referred SmartCompany to an earlier statement by ACCC Commissioner Sarah Court.

“Representations that may mislead consumers about the effectiveness of medical products or treatments are of significant concern to the ACCC,” Court said.

“In this case, there was a real risk that consumers might be influenced by the representations not to use the whooping cough vaccine and instead to rely solely on homeopathic products for the prevention of whooping cough. This is against the advice of medical professionals and the Commonwealth Department of Health.”

Sheffield declined to comment to SmartCompany on the grounds the orders are due to be handed down on February 4 but said Homeopathy Plus would reveal more information in its weekly email newsletter this week.