How to spot a fraudster in your business 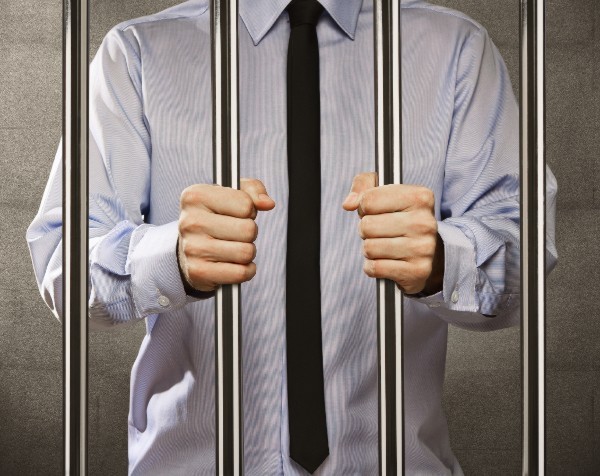 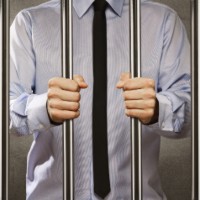 Rarely a week goes by without a case of fraud hitting the media headlines around the country.

From the accounts manager who was fined $1 million for swindling $1.42 million out of the gambling company she worked for, to the former chief executive who defrauded the company he worked for out of $8.7 million to pay his mortgage and gambling debts, Australian forensic investigators and judges are kept busy uncovering elaborate fraud schemes.

But while the details are usually juicy — like the case of the Myer liar who scored a senior management gig with a falsified CV — behind the headlines are stories of desperate employees and employers left out of pocket to the tune of millions of dollars.

It’s true that fraud can be perpetrated from those outside of any organisation, but more often than not, it is people within a company that orchestrate fraud.

So what can your business do to prevent, identify and act on fraud? And what are the warning signs you may have a fraudster in your midst?

In a general sense, fraud is an act of deception for personal gain, whether it is cash or goods or some other benefit, and for fraud to occur there needs to be three things: motivation, opportunity and rationalisation.

Field says motivation to commit fraud can come from a variety of sources but is often related to personal financial troubles or individuals living beyond their means, such as struggling to meet their mortgage repayments, or addiction, including to gambling.

The next point on the fraud triangle is opportunity: the fraudster must have the opportunity or access to cash or goods to prompt their fraudulent behaviour. Perhaps they are the person who signs off on payments to suppliers or they have specialist knowledge of how the company’s software works.

Finally, Field says for fraud to occur, the individual acting fraudulently must be able to rationalise their behaviour.

“In their own mind, they have to feel justified in committing the fraud,” Field says.

Just as there are many reasons why someone commits fraud, there is a multitude of ways that fraud can present itself inside a company.

According to Field, in most cases, a fraudster has an opportunity to steal because there is a “lack of segregation of duties” in the company.

“They have the ability to set up a supplier in the accounting system and create an invoice for goods the company usually consumes, like stationery. The employee then lists their own bank account details on the invoice and is able to conceal the payments.”

Another type of invoice scam involves an employee raising a false invoice from a pre-existing, legitimate supplier, says Field.

“It might be from a plumber you use all the time,” he says. “In this day and age, it is easy to copy an existing invoice but you change the bank details on the invoice. It looks like it is from an existing supplier and most people don’t check bank details.”

A company’s payroll also presents an opportunity for fraud, with some fraudsters caught “ghosting” or adding a bogus employee to the payroll, says Field. Although this is more likely to occur in a large organisation with hundreds of employees or where the person responsible for adding new employees to the system is also responsible for authorising their pay each week.

Likewise, fraudsters with access to the company credit card can load up personal expenses, which are then passed off as business expenses. Cash-based businesses are also vulnerable if sales staff choose not to process transactions through the till.

How to prevent fraud

The principles of managing the risk of fraud are the same regardless of the size of the company, according to Malcolm Shackell, fraud and forensics leader at PwC.

“The most important thing for any organisation is setting the right ethical tone from the top of the organisation,” Shackell says.

This involves regular communication about the company’s ethics, as well as a no tolerance approach to unethical behaviour. This should be communicated both to employees as well as suppliers.

“Getting on the right foot is incredibly important,” he says.

Andrew Morgan, forensic services partner at BDO Australia, has similar advice, telling SmartCompany a culture that allows fraud to happen within a company “is absolutely driven from the top”.

“You have to walk the walk and talk the talk,” Morgan says. “You have to set the example and say, this is how we do business.”

“You own the business, you own the risk. Identify it and manage it.”

Shackell says for the vast majority of Australian businesses, if fraud occurs it will come from within the company, with the exception of the banks and finance providers, which may experience external fraud.

It’s for this reason that prevention must start with recruitment, says Shackell.

“Get the right people to start with, make an effort to screen employees,” he says.

“If an employee has lied on their CV, they are more likely to commit fraud down the track.”

According to Morgan, one in two people lie, cheat or fabricate part of their resume and there is a strong connection with people who misrepresent themselves in the recruitment process and those who go on to breach their employment relationship in some form in the future.

“It shows from the very outset if they are willing to massage and bend the truth to achieve an ulterior motive,” Morgan says.

Shackell says the next step is to ensure internal accounting controls, especially ones that relate to how money is moved around the business, must be rigorous. Companies should also identify the areas of the business most at risk of fraud and focus their attention in improving controls in that space.

Field has similar advice to Shackell, with many of the examples of fraud he mentions able to be prevented by having the proper processes established in the first place – or putting them in place now.

When it comes to paying suppliers and wages to employees, this means separating out who can raise an invoice and who can pay it or creating a system where a second person is responsible for going over the payments that have been approved before the money leaves the company’s bank account.

If you run a retail store where there is potential for employees to do cash sales without using the till, Field recommends creating a system where receipts are tallied up at the end of each week and reconciled with the takings in the till.

How to detect fraud

According to Shackell, many companies score well on the fraud prevention scorecard, but when it comes to detecting and monitoring fraud, they “leave the rest to trust”.

But detecting fraud within your company means being vigilant and aware of the warning signs.

One of the key ways to uncover fraud within a company is from the employees themselves. This is why the idea of some form of whistle-blower policy is gaining more traction for employers, says Shackell.

While Shackell says larger organisations will have whistle-blower programs “with all the bells and whistles”, for a small business simply having a phone number that an employee can ring anonymously may be enough.

“It might be the chief financial officer’s number that an employee can ring if they see a problem,” he says.

“It is about empowering people to speak up if there is a problem. And the stats show increasing numbers of fraud are being discovered through people reporting them. It’s a simple, cheap way of detecting fraud and the mechanism also acts as a deterrent.”

Another increasingly popular way of detecting fraud is through data analytics, says Shackell, who says there are now affordable analytic software programs that can capture the two highest areas of risk in a small business: procurement and payroll.

“It is designed to look at a series of transactions to determine if something doesn’t look right,” he says.

How to manage a fraud that has already occurred

As a former police officer, Morgan knows a thing or two about running an investigation.

“If it starts to pan out someone has done something criminal, the way you gather evidence in a criminal matter is important,” says Morgan, warning against removing evidence in a way that reduces its forensic integrity.

“Get advice as soon as you suspect something. It costs nothing to ring someone and ask for advice.”

Morgan says many people believe they are great investigators themselves, but it is essential to know and understand the framework of the investigation you are conducting.

Shackell agrees, saying there is a “real science around investigating appropriately and fairly” but many SMEs “cannot hope to have that kind of expertise in house”.

Nevertheless, he says the first place to start is to make a plan of how you would deal with a fraud and to ensure senior management are aware of the plan and “able to execute it quickly if a suspicion has occurred”.

But the plan and the actions that follow must be done fairly. “Obtain evidence in an admissible fashion, consult with lawyers when you need to and work out a communication plan,” he says.

Shackell says it is rare for a fraudster to turn themselves in as the longer a scheme plays out, the easier it becomes for them to rationalise their behaviour. It’s also likely that the transaction that tips the employer off will be just the “tip of the iceberg”.

But if procedural fairness is lacking, you could end up with exactly the result you were trying to avoid in the first place.

“If evidence is destroyed, the guilty get off and innocent people get dragged through the mud,” he says.