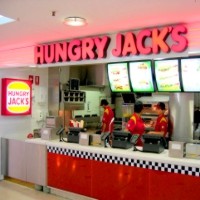 Lawyers for fast food restaurant Hungry Jack’s appeared in the Melbourne Magistrates Court this week over charges relating to the death of an elderly man in one of the restaurant’s carparks.

Fairfax reports packaging giant Visy Paper and Veolia Environmental Services are also facing charges over the incident, which occurred in the Melbourne suburb of Mill Park in March 2013.

A man, 86, and his wife, 83, were both injured in the carpark of the Mill Park Hungry Jack’s when they were struck by a large dump bin that was being lowered by a truck.

According to a report at the time, the couple was taken to the Royal Melbourne Hospital to be treated for head injuries. The man later died.

WorkSafe chief executive Denise Cosgrove said in a statement in March 2013 the tragic incident was a “reminder of the dangers of vehicles operating close to pedestrians”.

“We find that cordoning off the location during activity, having clear pedestrian pathways, using trained spotters and clear signage are just some of the ways workplaces can eliminate those dangers,” said Cosgrove.

The companies have been charged with failing to ensure that persons other than employees were not exposed to risks to health and safety, and a committal hearing has been scheduled for December.

Employment lawyer Peter Vitale told SmartCompany employers have a responsibility to ensure the safety of all people in their workplaces.

“There are several provisions in the Occupational Health and Safety Act which require an employer or anyone else who has managerial control of a workplace to ensure that people other than employees are not exposed to risk to health and safety arising from the conduct of the business,” says Vitale.

While Vitale says the penalties vary depending on which offence an employer is charged with, the maximum penalty for a company can be up to $1.3 million.

In this case, Vitale says the three companies are likely to have all been charged with similar offences or potential variations of the same offence.

“Fundamentally, it will rest on the duty of the employer not to expose people to risks to their health and safety,” he says.

Finlaysons partner and workplace law specialist Guy Biddle told SmartCompany in this case, the companies have been charged because the accident occurred while they were conducting their normal course of business.

Biddle says companies are not necessarily responsible for other types of accidents that happen in their worksites, such as a customer being hit by a car in a restaurant carpark, but they are responsible for ensuring activities linked to their “conduct of business” are safe.

“Whatever they are doing with their business has to be safe,” he says.

SmartCompany contacted Hungry Jack’s and Veolia Environmental Services but did not receive a response prior to publication. A spokesperson for Visy declined to comment.

A spokesperson for WorkSafe Victoria told SmartCompany it would be inappropriate to comment on the case as the matter is before the courts.