“I’m going to get someone else to do your job and pay them half”: Fair Work finds Victorian worker was fired after alleged threat to replace him 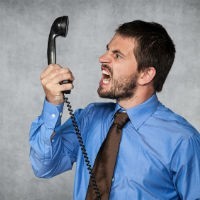 A former employee of an events company in regional Victoria has successfully argued he did not quit his job but was fired, after receiving a phone call from his employer in which he claims he was threatened to be replaced.

Evan Hope has launched an unfair dismissal case before the Fair Work Commission against his employer, Select Events Mildura, after his employment ended in August last year.

The commission heard the first part of the case this week, finding Hope’s employment was in fact terminated and he did not leave his employment voluntarily.

In response, Wheeler allegedly told Hope: “I’m just sick of you b-tching about this sh-t, I’ll just get someone else to do your job then!”

“If you don’t like it just go because I’m going to get someone else to do your job and pay them half the amount I’m paying you and they won’t be winging all the time like you either, where else is going to pay you $75,000 a year just to put up tents?” Wheeler allegedly said.

While the commission heard there were different accounts of the particular conversation, Commissioner Lewin found Hope’s account was a “fuller, better, more detailed recollection” than that of his manager.

“I judge that Mr Wheeler expressed an intention to no longer employ Mr Hope but rather to find someone who would replace him, at a lower cost,” said Lewin.

Enrico Burgio, associate employment and industrial lawyer at Maurice Blackburn, says this appears to be a clear-cut case of an employer taking a course of action that results in the employment relationship ending.

“Though they have tried to characterise it as a resignation, they have expressed their intention to dismiss and replace the employee in a telephone conversation,” says Burgio, pointing out the court also heard evidence of previous discussions to terminate Hope.

“What else is an employee to assume, other than that employment is terminated?” says Burgio.

Burgio says while each case before the Fair Work Commission will turn on the specific facts, if an employer communicates an intention to replace or dismiss an employee, it can be seen by the commission as a termination.

“Caution should be exercised in what is said in such conversations,” he says.

Burgio also says the ongoing unfair dismissal case is a reminder for employers that it is unlawful to dismiss employees because they’ve complained about wages or conditions.

Select Events was unable to comment when contacted by SmartCompany as the case is ongoing.