International student underpaid more than $20,000 because she was “not an Aussie” 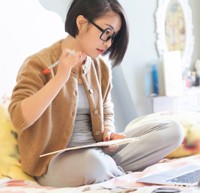 A Melbourne business owner has agreed to reimburse a Nepalese woman $23,000 after she claimed she was underpaid because she was “not an Aussie”.

The international student worked at the Health Express takeaway store at DFO South Wharf and was paid as little as $12 an hour, according to the Fair Work Ombudsman.

The 27-year-old told the Ombudsman her boss made it clear he was paying her less than other employees because she was an overseas worker.

“When I came for the interview, he said that I will give you the job, but as you are not an Aussie, I will be paying you a lesser amount,” the woman told Fair Work inspectors.

“It was really embarrassing for me. I had Australian friends who were doing the same kind of work, but were getting paid over $20 an hour.”

The international student also alleges her boss threatened to cancel her visa if she told authorities about her wages.

In addition, after turning to the employer watchdog for help, the international student returned to Nepal for several weeks to look after her sick father.

When she returned to Australia she discovered she had been removed from Health Express’s roster.

When Fair Work inspectors investigated the matter they also found a second student had been underpaid more than $27,000.

Jeffrey Herscu, the sole director of Rapid City, the company that operates Health Express, has agreed to back-pay the two former employees $50,000.

Herscu has signed an enforceable undertaking, which requires him to apologise for his conduct and make a $5000 donation to the Western Community Legal Centre.

“It is important that there is a fair, competitive environment for employers who are doing the right thing by creating a level playing field in relation to business costs,” James said.

“Employers simply cannot undercut the minimum lawful entitlements of their employees based on what they think the job may be worth, what the employee is happy to accept, what other businesses are paying, or what the job may pay in their country of origin.”

Employment lawyer Peter Vitale told SmartCompany the Fair Work Ombudsman clearly has the protection of vulnerable workers at the top of its agenda.

“This is a focus of their operations for the reason that young people, and in particular people from overseas, are in a vulnerable category of workers,” Vitale says.

“As a result, a lot of the cases that are prosecuted involve people on working visas or student visas. The vast majority of employers do the right thing and the Ombudsman recognises that, but the message for people employing overseas workers – or any workers for that matter – is do your research and get advice… and make sure you’re paying the minimum wage.”