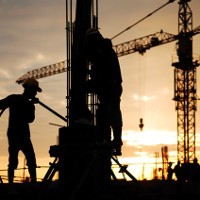 As the Senate Economic References Committee (SERC) begins its public hearings into insolvency in the Australian construction industry, the vexed issue of phoenixing deserves to be highlighted.

It is generally believed that illegal phoenix activity – where a company is liquidated and rises again in a way that avoids paying creditors – is widespread in the Australian construction and building industry.

In fact, it is difficult to substantiate whether this is the case due to a paucity of reliable data. But anecdotal reports suggest such concerning behaviours as deliberately avoiding tax, the use of false statutory declarations and refusing to pay wages and entitlements, are commonplace.

In our submission to the inquiry, fellow researchers Professors Ann O’Connell and Ian Ramsay of Melbourne Law School, Associate Professor Michelle Welsh of Monash Business School and I argue that better detection and greater enforcement via existing powers might be the most effective way of dealing with this sort of illegal activity.

For instance, it is reasonable to expect that a failed business person will try to start their next business in the same industry and will want to buy assets from the failed company. In the construction industry, it is common for each large building project to be executed by a separate company that forms contracts with its subcontractors.

Each project succeeds or fails on its own merits without affecting other projects or the parent company’s solvency. Therefore high rates of company formation and liquidation do not automatically equate to high levels of illegal behaviour or improper exploitation of the corporate form.

In Australia, one of the difficulties in assessing the incidence, cost and enforcement of phoenix activity is the general paucity of reliable data. The mere fact of company creation and liquidation is not evidence of illegality.

Australian Bureau of Statistics data about company registrations and insolvencies reveals that the total number of insolvencies in the construction industry for the period of 2013-2014 was 1,802.

Not all of these insolvencies would have involved illegal phoenix activity. While this is a large number, it represents only 0.54% of the total number of companies that were operating in that sector at the start of the 2013 financial year. There are eight other sectors where the number of insolvencies as a percentage of registered companies was greater than it was in the construction sector.

This is not to deny the prevalence of illegal phoenix activity in the construction industry; rather it should prompt better data collection from relevant regulators.

The bad forcing out the good

People associated with the industry warn that when the incidence of illegal phoenix activity reaches a critical point, other companies in the industry will face a difficult choice between succumbing to the same illegal behaviour or else risking being priced out of business.

We have heard of “net of tax tendering”, where it is so well understood that taxes will not be paid that quotes are calculated on that basis. In these instances it is likely that the head contractor or client knows that the tender does not allow for tax to be paid; otherwise, the contract would be unprofitable. Within corporate groups, the apparent use of labour hire companies, created purely to accrue PAYG(W) and payroll tax debts before being liquidated, is also concerning.

There are also some characteristics of the construction industry that make debt recovery particularly difficult. The sub-contracting system is a key feature of major building works. The head contractor undertakes to perform the contract and is paid for it by the client. Work is then contracted out through layers of sub-contractors.

It might be assumed from this discussion that law reform is required, and that at the very least, a specific phoenix offence should be introduced. We urge caution. Directors’ duties already capture the essence of illegal phoenix activity.

There are also other mechanisms – director disqualifications and director penalty notices amongst them – which are available to regulators even in the absence of proof of improper intent. Better detection and greater enforcement via existing powers should be considered first.

Helen Anderson is Associate Professor at University of Melbourne.