“It’s crippling us”: AussieMite hits out at Dick Smith as battle over OzEmite name escalates 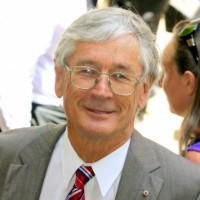 A small Adelaide business has hit out at entrepreneur Dick Smith, claiming the high-profile businessman is willing to “crush and destroy” other Australian companies.

The source of the dispute is a long-running copyright battle between spreads AussieMite, a family-owned business founded by Roger Ramsey, and Smith’s OzEmite brand.

Smith lost the right to use the OzEmite brand in February this year, when Intellectual Property Australia ruled OzEmite sounded too similar to AussieMite and must be removed from sale.

The two brands are still at loggerheads, with the dispute to be heard in the Federal Court this week. But while Smith told SmartCompany this morning he is simply “defending” his brand from legal action initiated by AussieMite, Elise Ramsey from AussieMite disputes Smith’s claims that he is not the one who has sparked the dispute.

The OzEmite trademark was registered in October 1999 but it wasn’t approved until 2003 and Smith didn’t launch his product until 2012.

Another company owned by the McAlpine family had applied to register the AussieMite name in December 1998 but allowed it to lapse.

Under Australian trademark laws, the owner of a trademark has the obligation to use it within five years, or a third party is able to have it removed from the register. This is what Ramsey sought to do with the OzeMite trademark in 2011, having previously objected to Smith’s bid the trademark the name in 2002.

Speaking to SmartCompany this morning, Ramsey says AussieMite is “devastated” the dispute is still going, as the court costs will be exorbitant, but she says AussieMite will continue to defend its brand.

“We had a mediation to try to resolve it but that failed and so now we are going to the federal court,” Ramsey says.

“If Dick Smith withdrew his application, or choose another name, we would welcome that … We are happy for Dick Smith to continue with his yeast spread, but just under another name to avoid any confusion, as we position AussieMite on taste and quality.”

“We have opposed his product from the word go and actively voiced our opposition. This is wrong, he is willing to crush and destroy a small family business.”

Ramsey says as AussieMite is a company with “one brand and one product” the dispute has already taken a toll and is “crippling” the business her father founded.

“We’ve already spent hundreds of thousands of dollars,” says Ramsey, who says the emotional toll has also been taxing.

“If we were a big business this wouldn’t be happening, but Dick Smith has deep pockets. It goes against his position and morals of supporting Australia.”

But Smith maintains Roger Ramsey “pinched” his brand name and all he wants is for both products to be able to be sold alongside each other.

“They have both been on the market for the past three years, one is presented as Roger Ramsey’s AussieMite and the other is Dick Smith’s OzEmite,” he says.

“It is quite clear they are two separate products and consumers should be able to make a choice.”

Both Ramsey and Smith say they expect to front up to court in early 2015, although an exact date is yet to be set.

In the meantime, Ramsey is taking comfort in the support the company has received from its customers, saying it is the emails AussieMite receives that “keeps us going”.