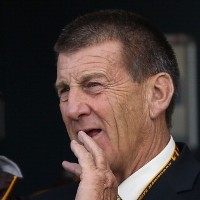 Supermarket giant Coles has taken an unusual step to improve relationships with its suppliers after it was accused of bullying, enlisting the help of one of its biggest critics.

Jeff Kennett, who has previously dobbed Coles into the Australian Competition and Consumer Commission for making misleading claims over the nature of its “freshly baked” bread, has signed on as the ‘independent arbiter’ of the supermarket giant.

The former Victorian premier tells SmartCompany the main role of the job will be resolving supplier disputes with quicker and fairer resolutions.

Kennett will also oversee the creation of the supermarket’s new Supplier Charter in his role, which is expected to continue for the next three years.

“It’s a new challenge for me,” says Kennett, pointing at his desire to change career directions every six or eight years.

Kennett says he has had every indication from suppliers they will feel comfortable approaching him, but says anything currently before the courts regarding previous allegations of bullying is not his concern.

“I do not have any say and I don’t want any say. I don’t work retrospectively,” says Kennett.

In a statement, Coles managing director John Durkan said, “A key measure to strengthen confidence is to establish a rigorous, independent third party process to resolve disputes, and to ensure Coles is held accountable.”

“We accept he has articulated strong views about Coles’ conduct in the past, and that he will do so when and where necessary into the future,” said Durkan, who said Coles believes the former politician’s “reputation as an independent voice will stand any test”.

“Mr Kennett will make recommendations directly to me on proposals to resolve disputes. Should there continue to be disagreements, Mr Kennett’s final recommendations will be binding on Coles.”

Durkan also said Coles has given Kennett the power to publish his decisions or raise any concerns through the media and the ACCC.

Kennett rejects the idea that the move is a public relations “stunt” by Coles, saying the supermarket in fact risks a “PR disaster” if the process fails.

“They have every reason to make it work,” he says.

Kennett had previously blown the whistle on Coles’ claims its bread was baked freshly in store, when in fact it was partially baked and frozen in Ireland then transported to Coles stores and “finished” in store.

Coles was found guilty of making misleading claims about the bread in June, but that was not the first round of legal trouble the supermarket major faced this year.

The ACCC launched court proceedings against Coles in May alleging the supermarket chain had engaged in unconscionable conduct and had misused its market power, following a lengthy investigation that saw suppliers confidentially allege they had been forced to take part in a program that required additional and ongoing rebates.

Last month Coles defended its ‘Active Retail Collaboration’ program, lodging a 34-page defence in the Federal Court that said supplier participation in the program was at all times voluntary.

While the suppliers involved in the initial claims of bullying have remained tight-lipped and largely anonymous, vegetable growers association AUSVEG – who recently launched a campaign against Woolworths over supplier bullying – has said it cautiously welcomed Kennett’s appointment.

“Any attempts by supermarkets to improve relationships with their suppliers are welcome however we will be closely monitoring the implementation of the proposed framework, to ensure that it is delivering effective outcomes for growers,” said AUSVEG spokesperson Andrew White in a statement provided to SmartCompany.

“Coles is a major distributor of vegetables to Australian consumers so it is vital that there are long-term strategies in place to deal with potential disputes between retailers and their suppliers.”

Kennett says while his main focus will be supplier negotiations, the opportunity will give him the platform to introduce a national food policy –to address agricultural importing and exporting issue.