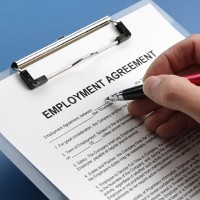 In an eagerly anticipated judgment this morning the High Court held a term of mutual trust and confidence should not be implied by law in employment contracts.

The court unanimously allowed an appeal from a decision of the Full Court of the Federal Court of Australia.

The decision concerned Stephen Barker, a Commonwealth Bank employee who was made redundant and claimed the bank failed to conduct his termination process in a bona fide manner.

The issue was that the CBA did not follow its policy of attempting to redeploy employees rather than make them redundant and Barker claimed this seriously damaged the relationship of mutual trust and confidence between them.

The Federal Court agreed with Barker and held an implied term of trust had been breached and awarded Barker $335,000 in damages.

But the High Court found there is no implied duty of mutual trust and confidence in employment contracts in Australia.

The High Court held the proposed term was not necessary in the sense that would justify implying it by law into all employment contracts.

Saul Harben, head of the national workplace relations practice at law firm Clayton Utz, told SmartCompany the decision distinguishes Australia from the United Kingdom where there is an implied duty of mutual trust and confidence.

“Whilst the common law hasn’t accepted the implied duty of mutual trust and confidence, there is nothing to stop the federal government reforming the legislation to include the duty,” Harben says.

However, Harben says this is unlikely and is not on the government’s reform agenda.

He says the issue has been “bubbling away” for 10 years now and the High Court judgment provides certainty for employers.

“It reduces the level of uncertainty for Australian employers,” Harben says.

The Commonwealth Bank says it is considering the judgment and will respond in due course.