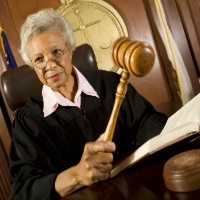 The Federal Court has awarded an IT executive $130,000 in a landmark sexual harassment case experts say will have considerable implications for employers.

Experts are warning employers to have appropriate policies in place to avoid being liable for sexual harassment and inappropriate workplace behaviour.

Last year, a judge awarded Richardson just $18,000 in damages and ordered her to pay her own legal costs, which amounted to hundreds of thousands of dollars.

But the court in Sydney overturned that ruling, awarding her more than seven times the original amount and ordering Oracle to foot Richardson’s legal bills.

The case involved the conduct of one of Oracle’s Melbourne salesmen, Randol Tucker, with whom Richardson began working on a bid project in 2008.

Richardson’s case was based on the allegation that, from the first time she met Tucker face to face in April 2008, she was subjected to a humiliating series of slurs and sexual advances, which resulted in a constant barrage of sexual harassment, according to the judgement.

In her original claim, Richardson pointed to 11 significant incidents, including one occasion where Tucker asked her, “So, Rebecca, how do you think our marriage was? I bet the sex was hot.”

The court found the harassment was the direct cause for Richardson leaving her job at Oracle, which the original decision had not.

M+K Lawyers partner Andrew Douglas told SmartCompany the case was a landmark decision that would have huge implications for employers.

“It’s the first claim for general damages, so pain and suffering, that is in line with common law for sexual harassment,” said Douglas. “The flow on effect will be dramatic.”

He said there will now be a marked shift in tariffs relating to sexual harassment cases.

“Previously the lower level cases were around $12,000-$20,000 where there wasn’t significant physiological damage,” says Douglas. “We will see that jump very considerably.”

Douglas said compensation claims for low- to mid-level cases may now rise to around $50,000-$60,000, while very serious claims that show harassment to have caused debilitating depression may skyrocket to more than $200,000.

Douglas also says the decision will likely lead to a rise in adverse actions based on sexual harassment. Adverse actions require a reverse onus to be proved and are a cheaper legal action for a plaintiff to take, but more costly for employers.

Douglas says employers need to make sure they educate employees about sexual harassment and have the correct processes in place to enforce against it.

“That way you as an organisation will not be liable, only the individual who does it,” he says.

Oracle was contacted by SmartCompany, but the company declined to comment.