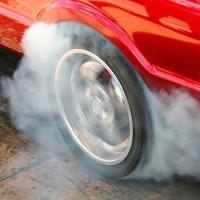 An employment law expert says the Fair Work Commission needs to take workplace safety issues more into consideration after a former Patties Foods employee won his job back after being sacked for allegedly speeding into a staff car park.

The commission heard Heath Stephenson, who worked as a part-time storeman for Patties Foods in Bairnsdale, was dismissed in April this year after a workplace investigation concluded he did not adhere to the speed limit while arriving for work one evening around 10.30pm.

A supervisor reported Stephenson was driving at an “unreasonable dangerous high speed” while coming around the bend closest to the office.

There were no other cars on the road at that time of night and no semi-trailers in the loading area.

The commission heard Stephenson had previously been given a final formal warning for breaching the company’s OH&S policy due to the unsafe operation of a forklift and Patties was found to have properly notified the former employee of the reason for his dismissal and give him an opportunity to respond.

Despite this, Commissioner John Ryan found the dismissal was harsh, unjust and unreasonable.

Because of this, Ryan ordered Stephenson should be reinstated, despite Patties arguing reinstatement would be inappropriate.

Employment law specialist and Swaab Attorneys partner, Warwick Ryan, told SmartCompany the Fair Work Commission needs to give more weight to the strict liability conditions faced by businesses when ruling on these sorts of cases.

“What they seldom ever do is focus on the realities of the risks that an individual who is a repeat offender in relation to breaches of safety presents to fellow employees,” Ryan says.

“They talk about the hardship of the employee on losing their job, but they don’t look on the trauma their fellow employees could deal with when they stumble on an employee who has been severely injured by the actions of a risk-taker. It utterly distorts the outcome and the impact of that frequently in these types of cases — and there are many of them.”

Ryan says commissioners will often say the reinstatement of an employee who has breached safety requirements is not to be seen as condoning safety breaches in the workplace.

“But that is exactly what those decisions do,” he says.

“They significantly hamper businesses form maintaining safety. They expose offices within that business to liability, and they expose fellow workers to injury.”

“If the nature of the conduct causes a real risk of serious injury or death, then employers must act upon that,” Douglas says.

“The issue for businesses is if they have failed to act on it with others, or if they’ve failed to have a system that acknowledges it. Just taking an action once every now and then that has no system or common sense to it is just unfair.”

SmartCompany contacted Patties Foods but did not receive a response prior to publication.