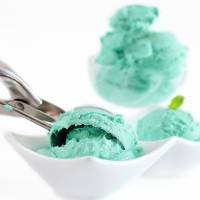 Ice-cream and hot-dog chain Wendys is facing potential legal action on a new front, after the company allegedly abandoned its headquarters in Adelaide late last year.

Following the acquisition of the company by Global Food Retail Group in September 2014, Wendys moved out of its rented headquarters on Fullarton Road in the southern Adelaide suburb of Fullarton in December. Its operations are currently being run from its ice-cream factory, which is located in the south-eastern Melbourne suburb of Keysborough.

SmartCompany understands the landlord for the Fullerton Road office complex was not told about the move by Wendys in advance. The landlord only found out after being alerted by a news item on Seven News on Saturday November 8 that said the company was considering relocating its head office to Melbourne.

The move came despite Wendys still having just over four years remaining on its lease for the building, which it had used for decades. It has only paid rent and outgoings via a bank guarantee, which is due to expire in the next few months.

Despite its relocation, Wendys still lists the Fullarton Road offices on the “contact us” page on its website.

The matter is now likely to end up in court, with the landlord and Wendys currently in talks over the matter through solicitors.

A second source connected to the company told SmartCompany Wendys closed its offices in Adelaide over Christmas. While there was an offer to staff to relocate to Melbourne in order to keep their jobs, only a few employees took up the offer.

“The Seven News story was an embarrassing leak and the new Wendys owners hastily moved into damage control. An internal email in the early hours of Sunday morning was sent to their franchisees and staff in an attempt to quell the unrest. The email tried to paint a rosey picture to the network that all was well and promised transparency every step of the way,” the source says.

“As a testament to the culture of this organisation they did not even inform their own landlord that they were vacating his property. They paid rent up until December, got rid of all the staff, shut the office and left. The building now sits vacant with over four years outstanding on the lease. The landlord is taking legal action to recover what he is owed.”

The news adds to growing concerns about the viability of Wendys franchise stores and the company’s treatment of franchisees under previous owners Navis Capital.

As SmartCompany previously reported, 116 Wendys stores have either collapsed or been taken over by management over the past eight years. By late last year, Victorian stores were being advertised with an asking price as low as $59,000.

One Wendys franchisee told SmartCompany the fast food chain refused to allow her to take maternity leave after giving birth to her second child. Another claimed Wendys repossessed all his stock, fittings and equipment without paying him any compensation after failing to renegotiate a lease.

Tragically, in at least two cases, the failure of a Wendys franchise eventually led to a suicide.

The incidents appear to have taken place between 2006 and 2014, when Wendys was owned by Malaysian private equity firm Navis Capital. But the source says there are still concerns for Wendys franchisees.

“I hold grave fears for those struggling franchisees that still remain. Stores continue to close and nothing of any substance has been done to address the lack of profitability for their franchisees. It continues to be a case of profits before people despite the reassuring overtures of the new regime,” the source says.

While not speaking specifically about the case, founding principal of Rotstein Commercial Lawyers, Hamish Rotstein, told SmartCompany in general there are more protections for landlords under commercial properties than for retail leases.

“Usually, there’s a covenant in commercial leases that says a property must be occupied during business hours. If the tenant vacates, they are in breach of their lease,” Rotstein said.

“If they vacate, the landlord can either accept the breach and withstand any losses from leasing it out again, or keep leasing an empty building, which is probably not a good thing for a landlord.”

In such a situation, Rotstein says landlords have the right to mitigate their losses by suing the tenant for the difference between the rental of the old tenant and the new one

“In some cases, landlords have also been known to sue tenants for loss of goodwill – obviously a building that’s empty is not as marketable as one that’s being leased, especially if the tenant was a big-name company,” he said.

SmartCompany contacted a Wendys spokesperson about the matter; the company declined to comment.

“Wendys declines to comment on the specifics of the matter as it forms part of ongoing negotiations,” the spokesperson said.