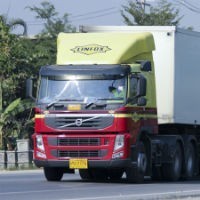 The Fair Work Commission has ruled logistics giant Linfox Australia was within its rights to sack a worker who threatened his supervisors, telling one of them to “fucken look at me in the eye” and “show me some fucken respect”.

James Tolevsky had worked in a Linfox distribution centre in regional Victoria since December 2008. However, he was fired on January 9 after a heated meeting with two other Linfox employees on December 19, 2014.

While Tolevsky argued he had not acted in an aggressive manner in the meeting and was therefore unfairly dismissed, Fair Work Commissioner Nicholas Wilson preferred the evidence provided by Linfox.

The employer said during the meeting with his shift manager and team manager, Tolevsky became “argumentative”, leant over a table and in a “loud and aggressive tone” told his shift manager “fucken look at me in the eye. Show me some fucken respect”.

According to the termination letter sent to Tolevsky, Linfox said he was asked to calm down and to stop being abusive, but again became agitated during the conversation, and said “Linfox doesn’t give a fuck about its employees”.

“What are you going to do about my complaint? If you don’t do something I will; I’ll go to my doctor and he’ll put me off on stress leave or something; I’ll just sit at home and let my solicitor handle it; None of you are smart enough to take me on. Once I start something I don’t stop until the end.”

The meeting was about an incident earlier that month when Tolevsky was found to be sitting in the factory’s lunch room instead of working on the factory floor.

He argued that he was suffering from back pain, as a result of an earlier injury and for which he had been on a return-to-work plan, but his supervisors told the commission they had not been aware where he was at the time. They also said if he was in pain he should have been in an area designated for first aid, not the lunch room.

The complaint Tolevsky was referring to in the meeting was made in September 2014 and involved a claim of bullying and harassment in relation to a performance management process called assessment technique review. Comcare had investigated the complaint but did not uphold the allegations.

Tolevsky was suspended after the December 19 meeting while Linfox investigated the incident. He was interviewed about the incident on December 24 and 31 and a meeting was held on January 9 to discuss the future of his employment at Linfox.

Commissioner Wilson ruled Linfox was able to demonstrate Tolevsky did use abusive words and tone in the December 19 meeting and the company had previous concerns about his work performance, including the lunchroom incident in early December, for which it issued written warnings.

Together, this amounted to a valid reason for ending his employment at Linfox.

“Were this matter a circumstance where an employee with an unblemished employment record has been subject to a work-related injury and then became abusive in a meeting of the type that took place on 19 December, it may well be that the collective circumstances do not amount to a sufficient or valid reason for termination of the employee,” Wilson said.

“However, in this case, Mr Tolevsky had been subject to written warnings about his conduct on two occasions during December 2014. This is far from an unblemished employment record. “

“At the very least, by the start of 19 December, Mr Tolevsky could reasonably have been expected to be aware that his employment future was uncertain if there were to be repetitions of the behavioural and capability issues for which he had been warned and that if nothing else he should be alert to a repetition of the things that Linfox considered were to be below their expectations.”

Commissioner Wilson said there were no other factors that cause him to believe Tolevsky’s dismissal was harsh, unjust or unreasonable and therefore he dismissed the application.

Andrew Douglas, workplace relations principal at M+K Lawyers, told SmartCompany the key issue in this case was the extent to which Tolevsky’s previous conduct was a factor in his dismissal.

Douglas says Commissioner Wilson made it clear the accumulation of similar behaviours amounted to a valid reason for dismissal.

“The lesson for employers is very clear and that is to include a broad description of misconduct in warnings to employees,” Douglas says.

Douglas says to constitute a warning, a letter from an employer to an employee must also explicitly state further misconduct will have consequences up to and including termination.

SmartCompany contacted Linfox but did not receive a response prior to publication.