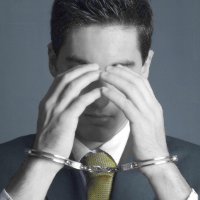 The high cost of organisational fraud in both private and public sectors in Australia continues to haunt organisations, particularly fraud committed by “trusted” employees.

Cases prosecuted this month include former Sydney Ferries CEO Geoff Smith, who was sentenced to more than three years jail for a corporate credit card spending spree, and former Burke Shire Council deputy CEO Frederick Aqvilin, who is alleged to have illegally transferred more than A$1 million of council monies to his own account.

Often even more damaging are financial crimes committed by groups of senior executives working in collusion within large organisations – frauds that are usually very difficult to detect.

Who can forget HIH, One.Tel and Clive Peeters? And then there’s the evolving Commonwealth Bank and ASIC fraud scandal in which the activities of dodgy financial planners led to thousands of people losing their life savings.

The victims of fraudulent acts are not only shareholders or customers of the company; innocent employees are at risk as they can lose their jobs as a consequence of these crimes.

Then there are those who have missed out on aid from a not-for-profit organisation where a major fraud has been perpetrated. According to accounting firm BDO’s 2014 Not-For-Profit Fraud Survey, 70% of organisations that experienced fraud in the previous two years had suffered fraud in the past. This suggests many organisations had failed to implement fraud prevention policies.

KPMG reports that, although managers commit less fraud overall, the cost of a single incident can be hundreds of millions of dollars. Determining the overall cost of fraud to a nation like Australia is almost impossible as more than 50% of cases are never reported. This means the true cost is at best, an educated guess.