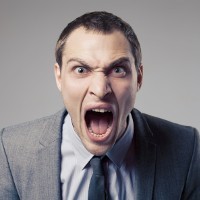 A Victorian public servant who was verbally attacked by a manager, including being told he was a “piece of sh-t” and like “f-cking cancer”, has lost both a breach of contract claim and an adverse action claim against his employer in the Federal Court of Australia.

Paul Regulski had worked for the Victorian Commission for Gambling and Liquor Registration since 2009 and was working as a compliance inspector when the altercation happened in March 2011.

Regulski was called into the office of Mark Windisch, the manager of the compliance directorate, to answer questions about his alleged disregard of and poor communication with his team leader, Lisa Jones.

Jones had complained about the behaviour of several team members, including Regulski, since taking on the team leader role in 2010. Windisch had called Regulski into the office to discuss Jones’ concerns in “a state of anger”.

Regulski told the court when he walked into Windisch’s office, his manager had slammed the door on his foot, telling him to “Get in my f-cking office. Sit your f-cking arse down.”

“What followed could not be described as a conversation,” Justice Jessup told the court.

“It was almost completely one-sided. The applicant was given little or no opportunity to say anything.”

Regulski faced an expletive-riddled attack from Windisch in which he allegedly said, “I will take you down. I’ve dealt with bigger fish than you. No one is going to believe a piece of shit like you.”

The court heard Regulski was given no opportunity to respond, and after the attack he did not return to work, instead going on sick leave and then worker’s compensation.

In a claim for damages for breach of contract, Regulski argued the Victorian Commission for Gambling and Liquor Registration had an obligation to treat him in good faith, which extended to not being verbally abused.

But Justice Jessup found there was no implied term of good faith in employment contracts and ruled Windisch had not acted in bad faith towards Regulski.

“There are several strong criticisms which might be directed to Mr Windisch for the way he treated the applicant, but acting in bad faith is not one of them,” said Jessup.

“The test is, what is the intention of the person doing the bad act?” says Douglas.

“If the intention relates to the protected attribute, then it will be unlawful. But if it’s just a person being bad, rude or offensive, it’s not an adverse action.”

But Douglas says Regulski may potentially have made a case for other remedies such as bullying or wrongful dismissal.

A spokesperson for the Department of Justice and Regulation, which was handling the control of the Victorian Commission for Gambling and Liquor Registration at the time of Regulski’s employment, told SmartCompany the finding supports the department’s long-held position that the claims made in this case were unproven and not supported by the facts.

“The department strongly values and promotes a healthy, safe and respectful workplace,” said the spokesperson.

“We have a zero tolerance approach to bullying and we will take any necessary actions to investigate and stamp out bullying wherever it exists.”