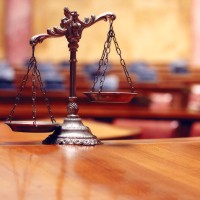 The operator of a furniture retailer based in Melbourne has been banned from managing a corporation for the next two years after breaching Australian Consumer Law.

Burlesque Interiors director Olivia Eckford has been banned from operating a business until December 2017, after Consumer Affairs Victoria commenced action against her retail business in the Melbourne Magistrates Court.

The Victorian consumer watchdog had received multiple complaints that the Moorabbin-based furniture and fit-out company was failing to supply custom and pre-made goods to its customers within an agreed or reasonable timeframe.

Burlesque Interiors has subsequently been restrained from taking deposits for the sale, supply, delivery or installation of furniture or furniture fit-outs prior to the delivery or fit-out until January 1, 2018.

The court ordered Eckford and Burlesque Interiors to pay costs of $4388.50, as well as place a notice on the company’s website stating it has contravened Australian Consumer Law.

Andrew Parlour, principal at Russell Kennedy Lawyers, told SmartCompany it is important to understand agreements between customers and businesses do not have to be in writing in order to be enforceable.

“You don’t need a contract in writing for a contract to be formed,” Parlour says.

“But having a written agreement provides evidence that it exists and also provides evidence of its terms. By paying your deposit you would say that would bring a contract into existence. The difficulty is establishing what the terms of that contract were – for example delivery days.”

“One of these is that services must be provided to customers within a reasonable time if the time is not otherwise fixed in a contract or agreed between the consumer and the supplier,” he says.

“Consumer Affairs may seek an injunction to stop a business from engaging in conduct in breach of the ACL, or to require the business to do certain things. The increasing number of complaints made against Burlesque is likely to have triggered the action that Consumer Affairs initiated.”

Parlour says it is important for business operators to note that directors can also be held personally liable for breaches of Australian Consumer Law.

SmartCompany contacted Burlesque Interiors but did not receive a response prior to publication.