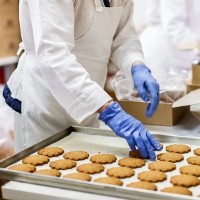 A Melbourne company that previously found itself at the centre of a workplace bullying controversy has been forced to back-pay staff almost $20,000 by the Fair Work Ombudsman.

Kanodia Nominees, which manufactures gourmet food for companies including IKEA and Costco, was the target of an investigation and audit by the ombudsman after receiving a series of complaints about its workplace practices.

The company came under fire from the watchdog in 2012 over allegations managers at its Glendal Foods plant in Brunswick had regularly screamed orders at staff and made sexual comments towards them.

It was also alleged employees were told they must give 48 hours’ notice if they wanted to take sick leave and told casual staff they must buy lunch for the whole workplace when they become full-time employees.

In October 2012, the Fair Work Ombudsman revealed that prior to the bullying claims, an employee had complained about excessive working hours for process workers, underpayment of overtime penalty rates and loss of hours.

A subsequent investigation revealed process workers had in fact been underpaid a total of $19,731 between January 2010 and August 2012, with amounts ranging from $106 to $4896 each.

They were underpaid base minimum rates, overtime rates and annual leave loading, and some did not receive paid rest breaks.

The company was also found to have made and kept false employee records in relation to four employees.

The ombudsman today announced the company had completed the back payments to all 17 affected staff after Kanodia agreed to enter an enforceable undertaking with the watchdog.

The terms of the undertaking required the food manufacturer to apologise to each of the affected staff and give an unqualified commitment to comply with workplace laws in future.

Kanodia also advised the ombudsman it had referred and addressed bullying matters on to WorkSafe Victoria and matters of leave and discrimination on to the Fair Work Commission.

SmartCompany contacted Kanodia for comment, but did not receive a response prior to publication.

The ombudsman said the company had co-operated with the investigation.

“Any time somebody breaches the law, they invite themselves to come under the scrutiny of the relative authority,” says Vitale.

“Once the ombudsman has a reason to investigate one aspect or one complaint, it might be that other employees feel comfortable to come forward or the ombudsman might discover other things they’ve done through an investigation.”

Vitale says agreeing to an enforceable undertaking is often the smart decision for a business found to be in breach of the law.

“It is typically a more palatable alternative to litigation,” says Vitale.

“Avoiding litigation at any time is sensible. If the law has been breached, there is little point to subject yourself to litigation and potential fines.”