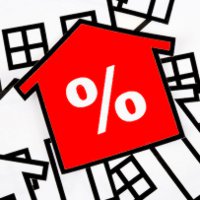 A Melbourne-based mortgage firm has been forced to change some of its print and online ads after the corporate watchdog found some of its claims, such as a “100% success rate”, were potentially misleading.

Elite Mortgage Brokers, a Chinese-language based firm in the Melbourne suburb of Blackburn, ran a series of online and print advertisements between October last year and March this year with claims including “100% success rate”, “pre-approvals within 15 minutes”, “Melbourne’s largest Chinese mortgage broker” and “matching of all banks’ interest rates”.

The Australian Securities and Investment Commission is concerned the statements, in particular the claim of a “100% success rate”, are misleading because of the suggestion credit would be approved for all applicants.

ASIC deputy chairman Peter Kell said in a statement the corporate watchdog is also concerned other claims could also not be substantiated.

“All representations made in advertising of credit-related products, including representations regarding the size of a business or the nature of services provided, must be accurate and able to be substantiated to avoid consumers being misled,” he said.

“This extends to ensuring consumers from non-English speaking backgrounds are not misled or deceived by advertising in a foreign language.”

Priscilla Ng, lawyer at LegalVision, told SmartCompany this morning the phrase “100% success rate” could be held to be misleading and deceptive if found to be untrue, inaccurate, unable to be substantiated or subject to various limitations.

Small businesses should take care with the words used in their advertising, Logan says.

“Businesses should note that some of the words used as a hook in advertising which are dangerous and so powerful that they often create an impression that cannot be cured with fine print or disclaimers, no matter how prominent,” she says.

She says some other examples of these types of words include the word ‘free’, ‘cost price’, ‘cost plus $5’, ‘new’, ‘cheapest’, ‘sales and ‘discount’.

Logan says when considering the use of these words or phrases, businesses should consider what the word or phrase means, not just for the business but for the part of the community that will hear or see it.

SmartCompany contacted Elite Mortgage Brokers but did not receive a response prior to publication.