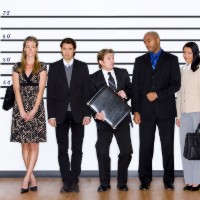 More than half of Australian organisations surveyed in a recent study have experienced economic crime in the past 24 months.

With white collar crime penalties in Australia paling in comparison to other jurisdictions, the latest Global Economic Crime Survey from PwC shows that number had risen from 47% in 2012.

The PwC survey, which interviewed more than 5000 respondents across 95 countries and a range of different business sizes, also revealed 36% of those surveyed had suffered losses in excess of $1 million in the past 24 months.

PwC partner Malcolm Shackell told SmartCompany the report applied equally to businesses regardless of their size.

“We have seen that big frauds do happen to small organisations,” says Shackell.

He says many SMEs have limited resources to tackle fraud, but need to think about managing potential risks.

“The first thing for small and medium size business is to ask, ‘where within my business is the biggest risk?’ Then they need to focus their limited resources on tightening control of those risky areas,” says Shackell.

Shackell says for many small businesses, the supplier channel represents the biggest danger and companies should focus on the integrity of organisations and individuals working in that area.

He says many of the frauds he sees are ‘collusive’ frauds, where an external party is in collusion with an internal party to commit the fraud, or ‘account payable’ frauds.

“Account payable type frauds are where you have a small business looking at rapid expansion and they have to spend money,” says Shackell. “They need to open new shops or buy a new building or warehouse.”

“And because that needs to happen quickly, the controls that are normally in place fall away in the need for speed,” he says. “Some of the worst frauds we’ve seen are where one particular employee has been given a whole lot of new responsibility to spend money and that particular employee has taken advantage of that situation.”

“We’ve seen some pretty bad ones, for example, where they’ve worked in collusion with someone from the outside, they falsified invoices, set up their own fake company… all that kind of stuff can add up to multimillion-dollar fraud,” says Shackell.

Shackell says small business owners and operators can often become emotional, but they are better served to approach these matters in a dispassionate way.

He says businesses need to take logical steps if they are suspicious of a fraud or economic crime taking place, which include identifying the frauds, proving with evidence that is has occurred, not making unfounded accusations and then dealing with the matter with lawyers.

“The problem some organisations have is they don’t want to believe it, they want to stick their head in the sand,” he says.