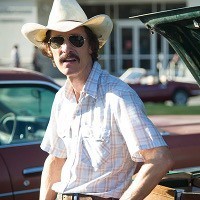 Small businesses will need to be more careful about how staff members and customers use their internet connections, after iiNet was ordered by the Federal Court to hand over the details of thousands of customers accused of pirating the Oscar-winning film Dallas Buyers Club.

The decision comes after iiNet won a landmark High Court battle in 2012, which held the ISP was not responsible for the actions of its users who downloaded copyrighted material illegally.

In the latest case, a number of other leading telcos were named in the lawsuit, including iiNet subsidiaries Internode and Adam Internet, M2 subsidiary Dodo, Amnet Broadband and Widebrand Networks.

The IP addresses were obtained using a computer program called Maverik Monitor 1.47, with the case largely resting on expert testimony about the reliability of the software.

The telcos raised a number of key points in response. These included that Maverik Monitor was insufficient evidence to identify the infringing IP addresses and that the claim against any individual IP address owner was speculative.

They also claimed even if it could be shown that the film was shared from a particular IP address, handing out customer details would violate the privacy rights of customers.

In the decision, Justice Nye Perram ordered that any letters sent to alleged pirates must first be seen by him before being passed on to consumers.

“I am satisfied that there is a real possibility that the IP addresses identified by Maverik Monitor were being utilised by end-users who were breaching copyright in the film by making it available for sharing on-line using BitTorrent,” Justice Perram said.

SmartCompany contacted iiNet but was directed to an online statement from iiNet chief executive David Buckingham.

“Letters issued by the rights holders will be reviewed by the Judge to ensure they are not threatening – providing a significant safeguard for our customers,” Buckingham said.

“As a result, the ruling will put a major dent in the process and business case behind speculative invoicing, since the financial returns could be outweighed by the costs of legal action.”

Voltage Pictures has not issued a statement about the case and could not be reached prior to publication. However, Fairfax reports Michael Bradley, a lawyer who represented the company in the case, is happy with the outcome.

“It’s a good outcome, we got the result we were seeking,” Bradley said.

“Businesses need to be careful about what customers are downloading, because if that material breaches someone’s copyright, it could lead to a nasty letter from their lawyers,” Wallbank says.

“It is absolutely possible that some of those IP addresses belong to businesses. It could be staff in a workplace, customers sitting in a cafe, or another possible situation is hotel guests using hotel Wi-Fi, and illegally downloading movies. All of those situations could now land a business with a demand letter.”

“The other situation that could arise for small businesses is where a computer or server has been compromised by hackers and used to host pirated content, perhaps as a bit torrent supernode. However, that case might be a little more defendable, as the business owner is just as big a victim as the copyright holder.”