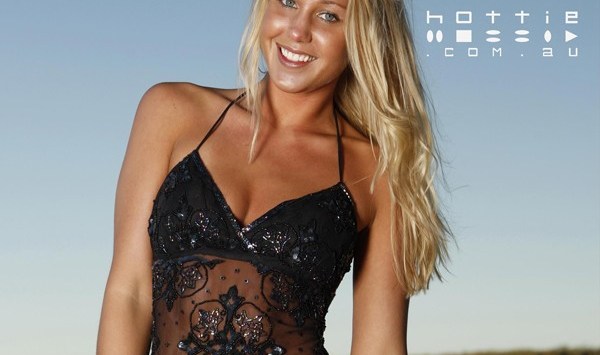 Hottie has been in business since 2004

A small online lingerie business that claims one of Australia’s biggest underwear brands has breached trademark laws by using the word “hottie” could have a “very strong case”, an intellectual property lawyer says.

Sirie Palmos, owner of Hottie Australia’s parent company Easton Corp Pty Ltd, is alleging the Bonds brand, owned by Pacific Brands, has breached trademarks she has held for a decade by naming several underwear styles in a new range “hottie”.

Bonds ran a widespread campaign promoting the new range, which was sold in Bonds stores as well as David Jones, Myer, Target and Big W and included the words “boyfriend hottie” and “hipster hottie”.

Fairfax reports Palmos, who owns the registered trademark for the word and brand “Hottie” in Australia, has rejected two compensation offers from Pacific Brands in the past few months after informing the company she is considering filing a lawsuit against the underwear giant.

Palmos told Fairfax the Bonds’ campaign had damaged her brand and she believes the compensation offers were attempts to “push this aside”.

References to the word “hottie” on the Bonds website have now been changed to “hot” and some of the retailers, including David Jones, have also reportedly changed the wording. However, but the word still appears in others’ branding, including Surfstich.

A spokesperson for Bonds told SmartCompany this morning the matter is in the process of being resolved.

“Following some incidental use of the word ‘hottie’ on a number of its Bonds branded products, Pacific Brands was made aware of an issue by Easton Corp,” the spokesperson said.

“Upon being made aware of the issue, Pac Brands began working with its retailers and Easton Corp’s lawyer to commercially resolve the concerns. Our aim is to come to a satisfactory outcome for both companies.”

Andrew Chalet, partner at Russell Kennedy, told SmartCompany this morning according to IP Australia Easton Corp had first registered the Hottie trademark for five classes in 2004.

Chalet believes Easton Corp may have a “very strong case” against the underwear giant because it had a registered trademark that has been used.

“They’ve done the right thing, and protected trademark at the right time,” he says.

Chalet says in these cases, if the trademark hadn’t been protected and was unregistered, the bigger company could have come in and the smaller business may have been forced to take legal action to protect its name.

“Generally if you’re acting for a bigger more powerful company and smaller company has not protected the trademark, the onus is on smaller company to prove their case,” he says.

“If Pacific Brands had come in and used this, and the SME hadn’t registered this [trademark], their rights against the bigger company would have been based on their ability to prove confusion.”

Chalet says SMEs have “real rights if you have registered your trademark and you do use it”, as in this case.

“It’s the perfect example of the value of registering a trademark,” he says.

Chalet says for a “powerful brand to change direction” after having products already in the market and such a widespread marketing campaign also suggests the strength of the smaller retailer’s case.

“If you don’t have a defendable position, you withdraw products,” he says.

SmartCompany contacted Sirie Palmos at Hottie Australia but she was not available for comment prior to publication.