NIB coughs up $10,200 over insurance ads as ACCC crackdown continues 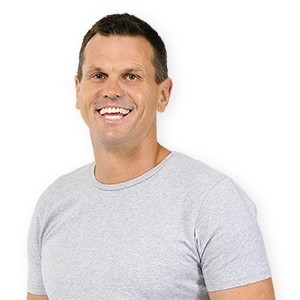 The penalty comes after the ACCC announced a crackdown on businesses in the private health insurance sector, along with debt collection and health services companies, as part of its 2015 Compliance and Enforcement Policy.

The policy document, released in March, also warned that truth in advertising is a key focus of the agency’s enforcement efforts this year.

Between December 2012 and November 2014, NIB advertised it would waive the waiting period for consumers taking out an insurance policy with its Extras coverage option, claiming the waiting period “usually” or “normally” lasted for two months.

However, NIB had made the no waiting period benefit available to all customers between December 2012 and November 2104.

Based on this, the ACCC sent NIB an infringement notice claiming it “had reasonable grounds to believe that NIB had contravened the ACL by making a false or misleading representation”.

While NIB subsequently paid the penalty, both the health insurer and the ACCC have said the payment of a penalty is not an admission the ACL was contravened.

In a statement issued to SmartCompany, a NIB spokesperson said the offer which was advertised as part of this campaign did not restrict customers accessing the full range of extras benefits included with the product.

“As the ACCC have indicated the penalty specified in the infringement notice is not an admission of a contravention of the Australian Consumer Law. NIB has taken on board the ACCC’s concerns and reviewed our internal practices,” the spokesperson said.

“In addition, NIB has not extended the offer beyond 30 November 2014.”

“Claims that benefits are only available if a product or service is purchased by a specified date must be true and not mislead consumers,” Court said.

“Businesses which extend an offer for a considerable time beyond its original expiry date should ensure that representations made in connection with the offer do not become misleading to consumers as a result.”

The ACCC warns businesses to give consumers current information, use simple language, check that the overall impression is accurate, back up claims with documented evidence, note important limitations, correct any misunderstandings and be prepared to substantiate claims.

“It’s really simple – you are not allowed to lie to your customers,” Leermakers says.

“In this case, based on what I read, NIB said they would waive the two-month waiting period for customers with a particular product, when really it was waving it for everyone.”

“It’s the equivalent of a bricks-and-mortar retailer putting up a sign saying ‘Sale’ when really they’re charging customers the regular price. Effectively, that’s lying to people.”

“If you’re worried about an ad being misleading, start from the position that the ad is there to inform your customers, not mislead them. If you have a good product – and you believe in your product – then you won’t have any hesitations in telling people the truth about it.”