No ifs or toned butts about it: Reebok Australia cops fine for false claims about EasyTone shoes 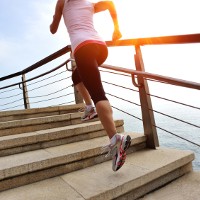 The Federal Court today ordered Reebok Australia to pay $350,000 for making false and misleading representations about its Reebok EasyTone shoes.

The false and misleading claims were that if a person walked in a pair of Reebok EasyTone shoes, they would increase the strength and muscle tone of their calves, thighs and buttocks more than if they were wearing traditional walking shoes.

The Federal Court ordered Reebok to provide a refund of $35 per pair to consumers who purchased a pair of the Easy Tone shoes from September 2011 to February 2013 and who believe they suffered loss or damage as a result of Reebok’s representations.

Reebok is required to establish a 1800 number by which consumers can contact Reebok, and to publish corrective notices with details of how consumers can seek redress.

ACCC deputy chair Delia Rickard said businesses have a responsibility to ensure that claims about particular performance benefits are accurate and supported by credible evidence.

“This is particularly important in cases such as this where it is difficult for consumers to independently verify the claims,” Rickard said in a statement.

“We are happy to have resolved the ACCC’s inquiry over our historical EasyTone advertising so that we can return our focus to inspiring people everywhere to be their absolute best – physically, mentally and socially,” he says.

“Reebok was tempting fate here. It had already been investigated and had to provide compensation to customers in the US a number of years earlier for misleading claims about the performance characteristics of its product,” she says.

“Both the ACCC and courts will take a dim view where a company is on clear notice in other jurisdictions that it’s conduct is misleading but nevertheless continues to do the same thing in Australia – this disapproval is reflected in the quite large penalty Reebok has received.”

Monks says the case also emphasises the importance of having reliable evidence to substantiate marketing claims, especially those about purported benefits of a product that consumers cannot independently verify.

“If you put it out there you need to be able to back it up with scientific or other reliable evidence,” she says.

“These types of health-related credence claims are a particular focus for the ACCC.”