No pumping iron on the balcony during work hours: Fair Work flexes its muscles in bullying case 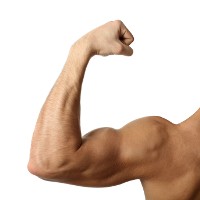 The Fair Work Commission has ordered a male employee to stop exercising on a balcony in front of one of his female colleagues, in an example of just how wide-reaching the commission’s powers are under the anti-bullying provisions of the Fair Work Act.

The unnamed employee was ordered by Fair Work senior deputy president Drake on July 31 to refrain from exercising on the balcony between 8.15am and 4.15pm.

The commission ordered that the female employee not arrive for work before 8.15am.

Andrew Douglas, partner at M+K Lawyers, told SmartCompany the order shows “just how broad the powers of the Fair Work Commission are to make orders directing a business or people in a business to behave in a certain way”.

While Douglas says these particular directions appear “fairly innocuous”, they show the breadth of the commission’s powers under the anti-bullying provisions of the Fair Work Act, which came into effect on January 1 this year.

Under the provisions, workers who believe they have been bullied at work have the ability to lodge applications for relief from repeated, unreasonable behaviour that presents a risk to health and safety.

The commission must act within 14 days of the application being lodged and has the power to make any order it deems appropriate.

“Just imagine how they could interfere with a business,” says Douglas.

“A person could be not allowed to speak to their employee or a boss could be told they cannot walk through their factory.”

“They seem innocuous but they could change the entire way the company is run, especially for a small business.”