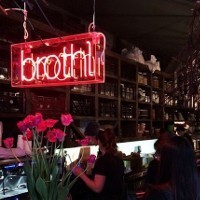 A small business in Melbourne is being forced to shut down after a long-running dispute with the local council over the location of its compost bin.

Brothl – Melbourne’s first waste-free café – has been served an eviction notice because it refused to pay the City of Melbourne $12,500 to store its compost bin in the laneway adjacent to the business.

The business was set up in 2012 with the aim of creating a sustainable café. Last year it changed its name from Silo to Brothl and began to specialise in serving soup using bones and cuts of meat left over from high-end restaurants.

Café owner Joost Bakker told SmartCompany his business’s compost machine has been stored outside for two years. However, a recent crackdown from the local council saw the council trying to get him to accept liability for the compost bin and pay a $12,500 fee to keep it in the laneway.

He refused on the grounds the compost bin took up as much room as a wheelie bin and the council was in fact saving money because the café did not use one.

“The contract was so open ended that it made me liable for unknown costs associated with the cage, including the council’s cost, and I just couldn’t do that,” he says.

“It came to a head in January this year when the council said they were taking us to VCAT and then my lease had to be renewed. I just thought, ‘could I deal with this for another three years?’ So we made the decision to close.”

Bakker says the cafe will close its doors next Saturday (March 7). However, he is “really proud” of what the business has been able to achieve in its three years of operation.

“You should be rewarded for not having a truck that turns up to your business to collect rubbish,” he says.

“If this becomes mainstream in Melbourne it would benefit the whole city – the biggest complaint from residents is smelly bins from hospitality businesses. I’m hoping what is going on at the moment will change the processes that council make people do.”

Bakker will be taking a break from entrepreneurship after the café closes. However, he says this won’t be the last Melbourne will see of him.

“I can’t stop coming up with new ideas and trialling new things,” he says.

“So I think we’ll be back with something bigger and better in the future.”

Peter Strong, executive director of the Council of Small Business Australia, told SmartCompany it was disappointing to see a small business having to close its doors.

“What the local council is doing is destroying a person’s life potentially,” Strong says.

Strong says small businesses often “bend over backwards” to overcome red tape and he would encourage any Victorian businesses that have a dispute with their local council to take the matter to the Small Business Commissioner.

“I’m interested to know if he [the café owner] saw the small business commissioner in Victoria,” Strong says.

“If they haven’t, then they really should be going there and talking to him.”

Red tape is a constant battle for small businesses across Australia. Last month a takeaway shop in Adelaide was threatened with a $20,000 fine for a flashing “open” sign that had been displayed in the shop’s window for the past 13 years.

In a statement, a spokesperson for the City of Melbourne told SmartCompany the council had been working “for some years” with the operators of the restaurant in question to install a dehydrator located on a laneway adjacent to its premises.

“A planning permit was issued for the dehydrator which included a condition requiring an agreement covering the occupation of the lane and ensuring that the restaurant was responsible for any liabilities that might arise from its operation,” the spokesperson said.

“Two years later, that condition has still not been complied with. If there has been an eviction notice issued, as claimed in the media, it has not come from council.”