“None of it is true”: Wellness blogger Belle Gibson admits she never had cancer 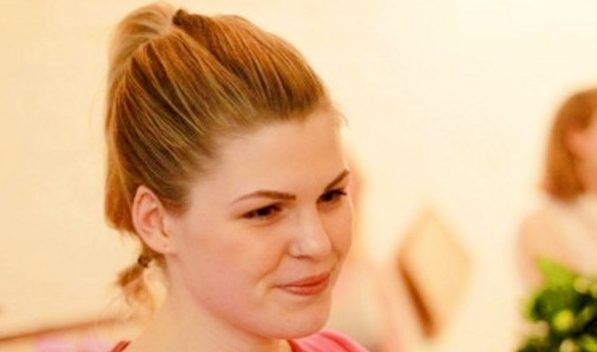 Gibson rose to fame in 2011 when she announced she had received a terminal brain cancer diagnosis and claimed she had healed herself by restricting her diet to certain foods, positive thinking and wellness therapies.

As a result of her claim that thesepractices had cured her of terminal cancer, Gibson launched a recipe book and hugely successful app called The Whole Pantry. She built an online community of cancer sufferers and spread her message about the power of healthy eating and natural therapies.

Her entrepreneurial ventures were both successful and lucrative – the Whole Pantry app was downloaded over 300,000 times. Gibson hosted a series of events to publicise the app and the cookbook, claiming to also be raising money for key cancer support charities.

It later came to light that Gibson had failed to donate over $300,000 that she had pledged to a number of charities. In one instance, four of the five charities listed as beneficiaries of an event had no knowledge that the event was taking place.

The blogger, who called herself Healing Belle, wrote about many subsequent cancer diagnoses during her rise to prominence. At one point she claimed to have suffered a stroke and been diagnosed with cancers of the liver, uterus, spleen and blood. At another stage she claimed her cancer was a result of cervical cancer vaccine Gardasil, and began campaigning against vaccinations to her following on social media.

Questions began arising earlier this year when it was discovered Gibson had misappropriated funds, and her friends began casting doubt on the veracity of her diagnosis. She was asked to provide names of doctors who diagnosed her with the various cancers, but she refused. Sheeventually admitted some of the cancers could have been a “misdiagnosis”.

She began deleting several references to her illness on social media and her company released a statement saying the missing charity funds were a result of a cash flow issue.

But, in the AWW magazine which is on newsstands tomorrow, Gibson has admitted that she fabricated the entire story. She does not have, and has never had, cancer.

When Gibson was asked directly whether she had the disease, she replied: “No. None of it is true”.

When asked why she lied about her condition, Gibson failed to give a straight answer.

“I am still jumping between what I think I know and what is reality. I have lived it and I’m not really there yet,” she said.

“If I don’t have an answer, then I will sort of theorise it myself and come up with one. I think that’s an easy thing to often revert to if you don’t know what the answer is.”

Gibson did say her “troubled” childhood might have resulted in her decision to profit from the invented story.

“When I started school, my mum went, ‘My daughter is grown up now’. All of a sudden I was walking to school on my own, making school lunches and cleaning the house every day,” she said.

“It was my responsibility to do grocery shopping, do the washing, arrange medical appointments and pick up my brother. I didn’t have any toys.”

Gibson said she has received a strong backlash since questions began arising about her health and her misuse of funds.

“In the last two years I have worked every single day living and raising up an online community of people who supported each other. I understand the confusion and the suspicion, but I also know that people need to draw a line in the sand where they still treat someone with some level of respect or humility — and I have not been receiving that.”

Gibson’s app and book deal have been dropped and her accountants have been instructed by authorities to give anyremaining funds she has to the charities Gibson pledged money to during herfundraising. The police have confirmed they will not be pressing criminal charges against her.