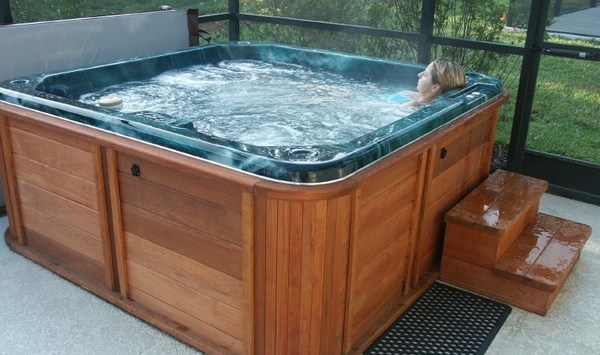 Two New South Wales businessmen who took deposits from customers but failed to supply indoor and outdoor spas, saunas and outdoor furniture, have been ordered to pay penalties of more than $65,500.

Appearing in the Parramatta Local Court last week, brothers Nicholas Lord and Gerasimos Lord were ordered to compensate customers to the tune of $45,937.30, as well as pay fines of $18,000 and another $1566 in costs, for breaching Australian Consumer Law and the Fair Trading Act.

Among the offences the pair pleaded guilty to were accepting payment and not supplying goods in time and contravening an embargo notice.

The Lords were the directors of a business called Urban Boutique, which operated two retail websites: euromaxspas.com.au ad euromaxdirect.com.au.

NSW Fair Trading said in a statement last week customers who shopped at the online stores were required to put down a deposit of 70% when placing the order. The customers were then told to expect the spa or furniture they ordered to be delivered within six to eight weeks.

The state consumer watchdog said it first became aware that Urban Boutique had failed to supply goods within an agreed timeframe in March 2014.

During a subsequent investigation, NSW Fair Trading also discovered the Lords had been selling or offering to sell spa models that are banned because they contained potty skimmers, devices used in the water reticulation system of spas, that did not have protective covers.

Potty skimmers without protective covers have been involved in numerous incidents in Australia and overseas in which people have been disembowelled, seriously injured or died.

The NSW office of Fair Trading warned consumers to stay away from the business in April 2014, however the business continued to supply unsafe spas after it was issued with an embargo notice.

Several consumers supported Fair Trading in its prosecution of the Lords, including individuals from NSW, the Australian Capital Territory and Western Australia who had all ordered spas from the business.

Ursula Hogben, principal and general counsel at LegalVision, told SmartCompany there are two key points for small businesses to consider when it comes to supply timelines under the Australian Consumer Law.

“The first is, if you’ve accepted payment and made a contract with an agreed time, you have to supply within that timeframe or there is a potential breach of contract,” Hogben says.

Alternatively, Hogben says if the two parties have not agreed to a timeframe, the Australian Consumer Law specifies the goods or services must be supplied in a reasonable timeframe.

Hogben says the reasonableness of the timeframe usually depends on what has been purchased.

“For example, a piece of custom-made furniture will take a lot longer then say if you have booked a removalist for a specific date,” she says.

In the case of Urban Boutique, Hogben says the directors did specify the spas would be delivered within 6-8 weeks, but the issue was the items were not being delivered at all.

However, Hogben says Australian Consumer Law will consider whether a failure to supply goods or services is outside of a business’s control or if the business has taken steps to prevent the situation.

This means in circumstances such as natural disasters or industry-wide events, there is some flexibility for affected businesses.

Hogben says businesses can also build extra protections into their own contracts, including with a force majeure clause, which allows a contract to be suspended or terminate in circumstances beyond their control.

“The business is still covered by Australian Consumer Law but it offers better protections,” she says.

Urban Boutique has been deregistered according to the Australian Securities and Investments Commission. SmartCompany was unable to contact Nicholas Lord and Gerasimos Lord.