NSW government to crack down on real estate agents underquoting: “It’s our responsibility to act” 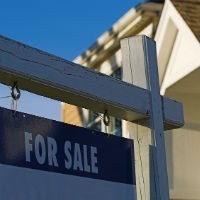 Dishonest real estate agents that publicly quote a price they know to be significantly less than what a property is worth are the target of a new raft of legislation to be introduced in New South Wales.

Victor Dominello, the state’s minister for innovation and better regulation, has flagged a crackdown on “underquoting” and says he will push forward on an election promise to regulate agent’s quoting behavior through a package of reforms.

Speaking to SmartCompany, Dominello says the government needs to take a stand against the backdrop of a booming Sydney property market.

“I can safely say, when you have a very rampant property market like we have now, it tends to lend itself to extreme prices and extreme practices, and under quoting is a function of that,” Dominello says.

“But when consumers are being abused financially in this way, it’s our responsibility to act.”

The minister’s move comes as property startup RealAs, which claims to hold agents accountable for inaccurate quoting, this week was the subject of multiple defamation threats from agents McGrath Estate Agents and Stockdale & Leggo.

Via a blog post and a video on its website, RealAs claimed and inferred both agents had been significantly off on the price they had been quoting on certain properties publicly versus the price it actually sold for.

The posts led to legal threats from both agents, arguing the claims are incorrect and defamatory.

Speaking to SmartCompany, Dominello weighed in on the debate saying RealAs and other startups that claim to disrupt the real estate space are just another way consumers could become more informed.

“The Australian consumer is very sophisticated, they have a very good capacity to look at data on their own and analyse it and make an informed decision,” Dominello says.

“Where there’s a RealAs or a TripAdvisor or an Urbanspoon, people can go out and make comments, some will be complimentary and some will be horrendous.”

“It all forms part of a big picture, and I say we should never shy away from providing the consumer with more information and never underestimate how intelligent the consumer actually is.”

If passed, the NSW government’s proposed legislation will see a package of changes introduced, including:

Dominello says recordkeeping will be key to defining which agents have made an honest mistake and which are trying to act inappropriately. He says records, such as an agent’s commission sheet, will be a clear line of defence for liability.

“In a hot market, there are a lot of examples of where agents do the right thing with their hand on their heart and say, ‘I believe this property will sell for $1 million’. They have discussions with the vendor and say it will sell for $1 million and they advertise it at $1 million, but because the market is hot, it hits $1.2 million,” says Dominello.

“We are not really concerned with variations that are honest. We are trying to focus on an intervention where there is dishonesty.”

“Where they say, ‘let’s set the reserve at $1 million, but let’s go out and say we’ll take offers from $800,000 to try and increase the amount of people who turn up at the auction’. Then the price goes well beyond that. That’s inappropriate conduct.”

But Dominello believes current allegations of an increase in underquoting do not taint the reputation of the broader real estate sector, which he says is an ‘important cog’ in Australia’s economic wheel.

“Anyone can point to any industry at any given point and say there is a problem,” he says.

“But there is an issue and we as a responsible government will work through it to protect the consumer.”