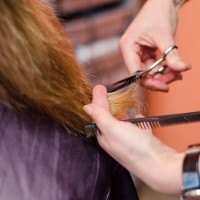 A New South Wales hairdressing salon has come under fire from the Fair Work Ombudsman for a second time, with the employment watchdog launching legal proceedings against the company and its director for allegedly failing to back-pay a number of its employees.

The Fair Work Ombudsman said this week it has launched legal proceedings against hairdressing salon The House of Colour @ Tuggerah and its director Nelvin Nitesh Lah for not back-paying three employees a total of $3620.

Earlier this year, the ombudsman launched proceedings against Lah and three of his other hairdressing businesses to obtain an injunction to restrain him from underpaying his employees. The legal action is still before the Federal Circuit Court.

In the case against The House of Colour, the ombudsman alleges three employees, including an apprentice aged 23 and two workers aged 24, were not paid their accrued annual leave entitlements when their employment was terminated earlier this year.

“Our inspectors made extensive efforts to engage with this company to try to resolve the matter by agreement but as has been the case previously, we have not been able to secure any co-operation from Mr Lal or his company,” said acting Fair Work Ombudsman Mark Scully in a statement.

The ombudsman is seeking court orders for the employees to be back-paid in full, while The House of Colour faces a potential court penalty of up to $25,500.

Emeline Gaske, a lawyer in the employment and industrial relations team at Maurice Blackburn, told SmartCompany the case is “quite unfortunate” as The House of Colour and Lah were given the opportunity to pay the employees what they were owed.

Gaske says it is important for businesses to “know their obligations and to comply with them”.

“If a breach is brought to their attention, they need to rectify it as soon as possible to avoid this kind of court action,” Gaske says.

“In my experience, if employers treat their staff well, pay them what they are meant to be paid, they will benefit greatly from their productivity and loyalty.”

Gaske says the Fair Work Ombudsman will often focus its resources on employees “who couldn’t otherwise represent themselves” and this tends to be a problem in lower paid and non-unionised industries such as hairdressing.

SmartCompany attempted to contact The House of Colour but the number listed for the business was disconnected.