NSW readies for public register of all business complaints 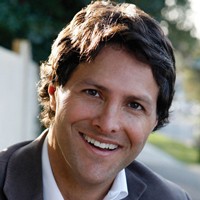 Small businesses in New South Wales are being warned to review their approach to handling customer complaints as the state government presses ahead with legislation that will give NSW Fair Trading the power to publish information about which businesses have been subject to complaints from consumers.

Victor Dominello, minister for innovation and better regulation, introduced legislation to amend the NSW Fair Trading Act last week, which is still being debated in the Legislative Assembly.

If adopted, the amendment to the Act will mean the Fair Trading Commissioner will have the ability to publish its internal data about the complaints it receives from consumers each year, including the identity of the people or businesses that are subject to the most complaints, in a public register.

However, the identity of the people who have made the complaints will not be published.

The design of the register is yet to be finalised and consultation has already occurred with consumer and business groups, including the NSW Small Business Commissioner, the Australian Retailers Association and the Business Council of Australia.

Speaking to SmartCompany today, Dominello confirmed businesses of all sizes will be included in the register, however the specific details of the complaints against them will not be included.

“The register will identify the businesses in NSW with the most complaints made against them, regardless of the size of the business,” the Minister says.

“Stakeholders are being consulted with regard to the number of businesses who should appear on the register. For example, one option is to only include the names of the top 20 businesses with the most complaints made against them. Alternatively, another option is to have a threshold for the number of complaints that could be required before a business appears on the register.”

Melissa Monks, special counsel at law firm King & Wood Mallesons, told SmartCompany the NSW legislation is “likely a sign of things to come” in other jurisdictions and in light of the proposal, businesses should consider reviewing the approach taken to customer complaints.

“Although we’ve been seeing a trend in consumers increasingly turning to social media to air complaints, the proposal takes it to a new level because it is less personalised and becomes more credible, and because it gives new insights into data such as total numbers of complaints for particular businesses,” she says.

“The more effective they are at early resolution the less likely consumers are to escalate complaints to external agencies, and therefore to have information about the volume of complaints publically available creating negative PR and potential risk if other regulators see the data and become concerned there are more serious systematic issues,” she says.

However, Monks says the potential impact on businesses may depend on the type of data that is made available in the register.

“It will be interesting to see just what data will be available as the proposal does have the potential to unfairly tarnish businesses if there is no vetting of the numbers – that is, if raw complaint volume is listed without regard to the number of instances where it was found there was no issue or a frivolous complaint and where no action was taken,” Monks says.

But when asked for his response to concerns that publishes complaints data could have a significant impact on the reputation of businesses, Minister Dominello says the register is an opportunity for business.

“The register is intended to provide consumers with additional information, to enable them to make a more informed choice,” Dominello says.

“It will also provide businesses with an opportunity to improve customer service processes and policies.”