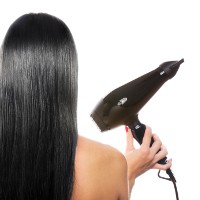 The Supreme Court of New South Wales has found a former franchisee of the Blow Dry Bar hairdressing chain was misled into joining the business.

The court ordered former franchisee John Giaimo, who operated the Blow Dry Bar outlet in Castle Hill, NSW, through his company Carazi Pty Ltd, is entitled to more than $700,000 in damages as a result of representations made about the expected profitability and suitable location of his business.

However, Blow Dry Bar founder and former owner Nathan Cuneen told SmartCompany the proceedings were “stayed” in court and the judgment has not been enforced.

According to court documents, Giaimo applied to purchase a Blow Dry Bar in mid-2012 after being told on multiple occasions by Blow Dry Bar Franchising and its agent that all Blow Dry Bar stores were “doing well” and were turning a profit.

“All our outlets are extremely profitable, require low investment and are usually cash flow positive within one month and have an average pay back period of one to two years to date per store,” said an email sent to Giaimo in April 2012.

But evidence presented to the court showed there were Blow Dry Bars, including two in Melbourne, that were unprofitable at the time. The court heard Giaimo’s franchise never operated profitably, incurring a trading loss of $256,797 by June 30, 2013.

Giaimo operated the franchise until September 2013, at which time he established another company De-Beaux Cheveux to take over the operation of the salon and improve the prospects of selling the business. The court heard a new owner for the business has been found but a formal contract is yet to be signed.

The business was also scrutinised by the Fair Work Commission in February, after a former employee claimed he was unfairly dismissed from De-Beaux Cheveux.

However, Fair Work deputy president Peter Sams found Giaimo has reasonable grounds to terminate the employment of former manager Glenn McDermott on the grounds of serious misconduct relating to an alleged failure to provide reports about the salon’s turnover and opening hours.

Handing down the judgment early last month, Justice White ordered Giaimo damages of $732,697 against Blow Dry Bar Franchising, which was placed in liquidation earlier this year, and Cuneen, who is now the operator of Cherry Blow Dry Bar in the US.

The ruling does not relate in any way to the current owners of Blow Dry Bar in Australia.

The damages included set-up costs of $110,188 and trading losses, including loans to De-Beaux Cheveux from Carazi Pty Ltd of $622,509, plus interest.

White said Giaimo may also be entitled to further damages if it “remains liable under its current obligations under the lease to pay rent and outgoings” and that matter is yet to be determined.

White ruled misrepresentations made to Giaimo amounted to breaches of Australian Consumer Law and Giaimo was entitled to rescind his franchise agreement with the company because of the “fraudulent misrepresentation”.

“Carazi is entitled to recover as damages all losses that flow directly from its having been induced to enter into the lease and the franchise agreement,” said White.

Giaimo declined to comment on the case when contacted by SmartCompany as a ruling on the additional damages is still pending.

While not commenting specifically on this case, Jason Gehrke, executive director of the Franchise Advisory Council, told SmartCompany misleading representations involving franchising are covered by the competition and consumer law, rather than the Franchising Code of Conduct.

“You can’t recruit franchisees by saying they will make a certain amount of money or a level of profit without having some reasonable justification for it, whether actual or historical data,” Gehrke says.

Gehrke points to another case involving a dispute between a franchisee and South Australian restaurant franchise Billy Baxter’s over the profitability of one of the chain’s restaurants in the Adelaide suburb of Glenelg.

In 2012, Ross and Sue Pollard sued Billy Baxter’s for $1.2 million in damages over the failure of the franchise. They said they were led to believe the restaurant would turnover $1.3 million, which would allow them to pay their rent and make a profit.

“Every franchisor should be very cautious of making representations about future earnings or the suitability of a location,” Gehrke says.

And Gehrke says any prospective franchisees should investigate the information they are given before signing a franchise agreement.

“Just because you are given information, it doesn’t mean the information is accurate,” he says.

“Always undertake due diligence to check the facts and figures represented to you.”